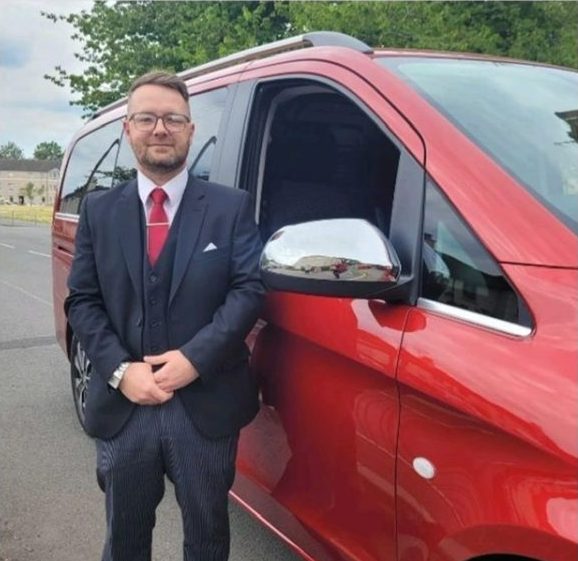 Little’s Funeral Directors, based in Glasgow, is well known throughout Scotland for its unique fleet of red Mercedes vehicles. When George Wills, owner and founder of the firm, heard that one of Superior UK’s NFE 2022 show vehicles would be a beautiful new Vito removal in the exact hyacinth red metallic that matched the Little’s fleet he knew it had to be theirs.

Little’s did not begin as a funeral firm alone, George Wills founded his long successful firm Little’s Chauffeur Drive in 1966 and today runs a fleet of over 60 vehicles all in the Little’s trademark red. In the early 1980’s George had received so many requests for his vehicles to be used at funerals that, in 1985, he decided to start a funeral firm of his own opening the first branch of Little’s Funeral Directors in Craigton, Glasgow.

The business has grown to three branches all within Glasgow and is now run by Georges’s daughter Heather and Funeral Services Manager, Robert Tripney. Robert explains how the new Vito has already proven to be a real asset to the business. 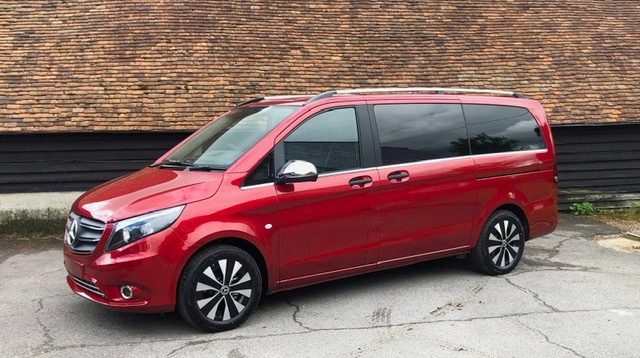 Robert commented, “It is just fantastic! We were using Mercedes Viano removal vehicles with basic fold-out decks, operationally our new Vito has been a total game changer”.

First impressions are of paramount importance in the funeral industry and the new Little’s Vito, fitted with Superior’s market-leading “Rise&Fall” decking system, is setting the right tone from very first contact with bereaved families.

“The rise and fall decking is phenomenal; the system is smooth and easy to operate making our job so much easier”, said Robert, “we arrive in a beautiful top-spec Vito that enables us to deliver the ultimate in care and dignity for the deceased and their families from the very beginning”. 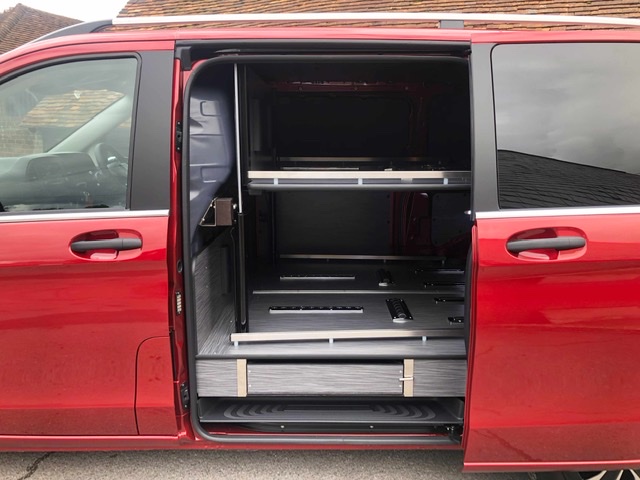 Robert added, “The storage and decking design features are superb, so professional, everything has a function and every inch of space is put to good use. Our drivers are filled with pride every time we use the vehicle.”

Superior’s Greg Platt, who delivered the vehicle commented, “The colour of the Vito stands out and was much admired at this year’s exhibition; it could not have found a better home and looks fantastic alongside the matching Little’s fleet”.