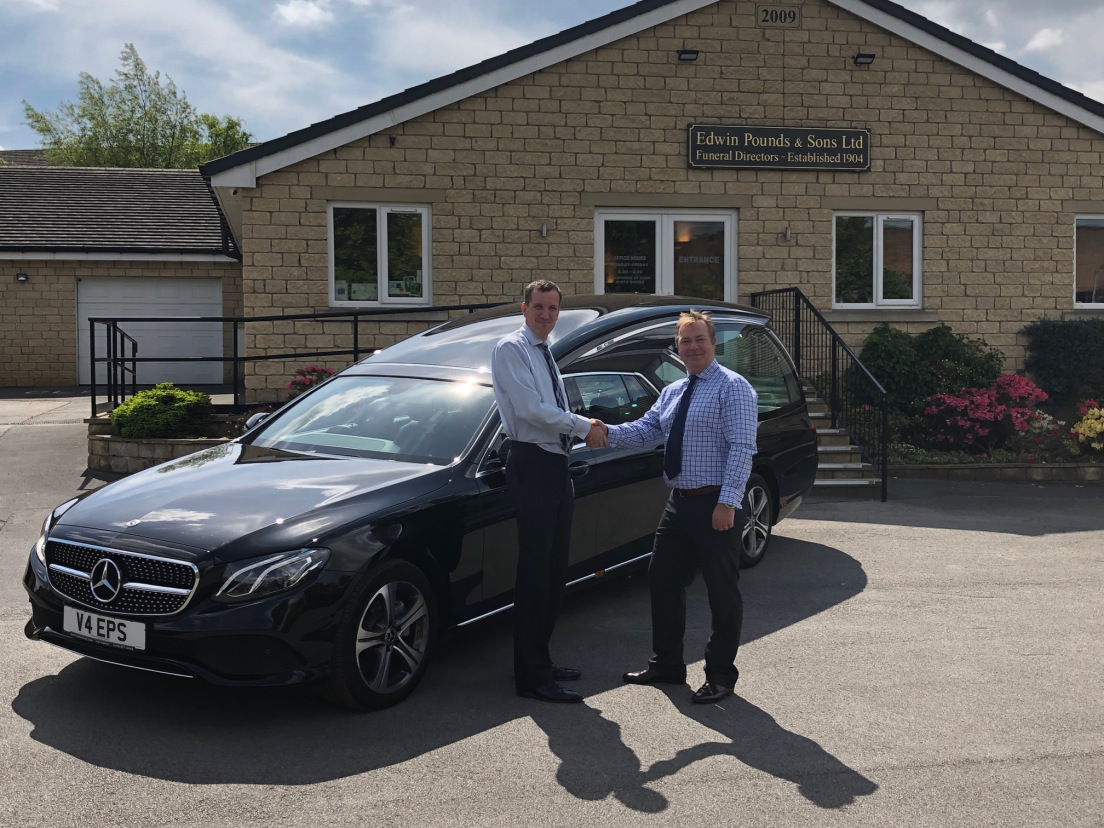 Edwin Pounds and Sons of Bradford have become one of the first funeral directors in the UK to add a Polaris hearse to their fleet, taking delivery of the Pilato-Mercedes from Superior UK. Simon Broome, Company Director, explains the decision to switch to Pilato.

“We have already had three full fleets from Superior UK,” he says, “so when they became official partners of Pilato we kept an eye on the vehicles. We knew the partnership with Pilato was sure to produce something out of the ordinary.’

When it came time to change his existing hearse for a new vehicle, Simon came to Superior to enquire about Pilato’s hearses.

Edwin Pounds and Sons was established in 1904 by Simon’s maternal great-grandfather, who added funeral work to the business in 1940.

“We have worked with Simon and his family for nearly 15 years, and we know how much pride they take in running a beautiful fleet,” says Kevin Smith of Superior UK. “I was excited to tell Simon about the two Pilato hearses – the Mercedes E-Class Polaris and the Jaguar GrandAurora – and even more excited to actually show him the vehicles.” 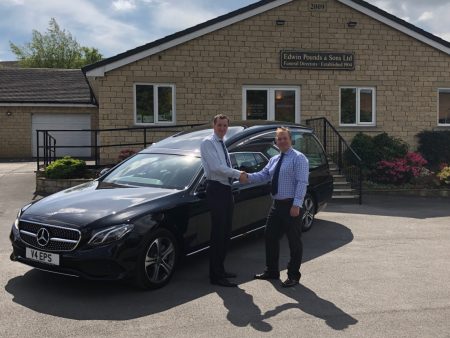 Superior UK arranged for Simon to visit the Pilato factory in Italy.

“It’s very rare to get the opportunity to see potential new vehicles in the build stage,” says Simon. “The Pilato family were so welcoming – it’s obvious they take great pride in what they are doing over in Italy.”

Simon made the decision to purchase a new Pilato Mercedes E-Class Polaris hearse, and Superior UK helped him settle on the ideal spec and finish. They even managed to fit in a second trip out to the Pilato factory – this time to see Simon’s own vehicle being built.

“It can sometimes feel like a long time to wait from ordering to delivery, so this extra bit of customer service fills that gap and adds a great deal of trust and confidence,” he says. “It was great to see our hearse in build – we were able to spec it up whilst we were out there. It’s a great way to feel involved with the process.” 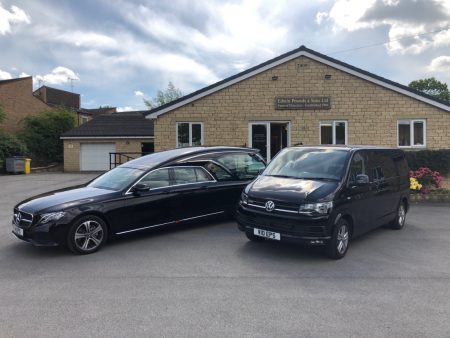 “Both Superior and Pilato are relatively small, family-run businesses,” he says. “We really understand the funeral industry, and know how much value our customers place in their ceremonial vehicles. Funeral cars are not like other cars. They are a hugely important part of a funeral director’s business. That’s why we take our customers out to the Pilato factory so they can see the design and build process. Pilato go the extra mile to make their vehicles special, and we extend that care to our own customers. Our partnership lets funeral directors feel very involved in their vehicle investments. Which is as it should be!”

Edwin Pounds and Sons have now taken delivery of their new Polaris hearse – and of a brand-new VW Transporter 4MOTION removal vehicle which was also ordered from Superior UK. 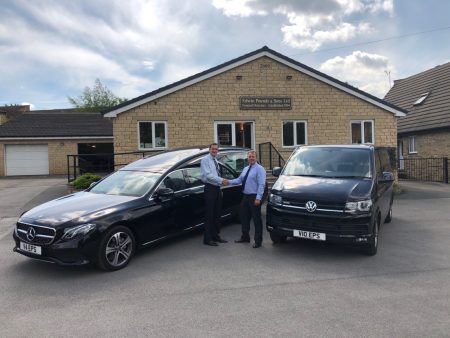 “When we saw Superior were doing the VW Transporter in 4-wheel drive, we knew it was the right choice for us,” said Simon. “We struggle here in Bradford during harsh winters. Our new vehicle hasn’t met any snow yet of course, but it’s already a far smoother and more powerful drive than our previous removal vehicle.  “

As for the Polaris, it has surpassed our expectations,” he said. “It’s stunning, unusual, and a real touch of class. Great service as always from Superior UK, this time with the addition of everyone at Pilato in Italy.”

For more information about Pilato vehicles or the Superior UK/Pilato partnership, see https://www.superioruk.com/