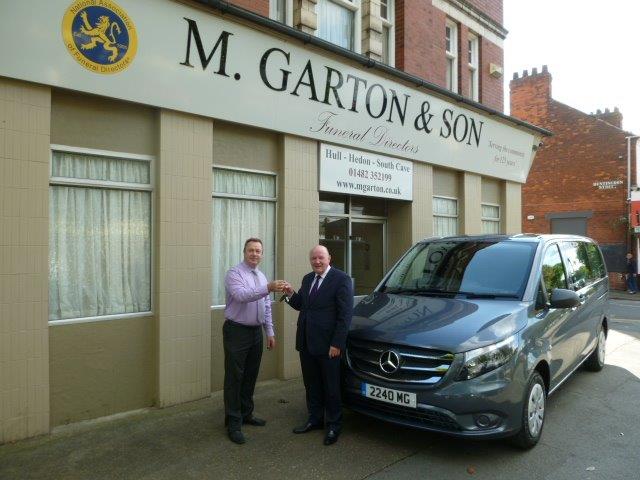 When Malcolm Garton of M Garton & Son in Hull decided to upgrade his private ambulance, he knew it was time to invest in a vehicle that matched the rest of his smart Mercedes fleet. He had been to Superior UK in the past, so knew exactly who to ask for his next Mercedes.

“We have Mercedes limousines, so we really wanted a Mercedes removal vehicle to complete the fleet,” explained Malcolm. “We had been running a Vauxhall Vivaro but, even though it wasn’t very old, it was giving us no end of problems. In fact it ended up off the road for a while, which was far from ideal. We needed a new vehicle which would perform as good as it looks.”

Malcolm and his wife Barbara are co-directors of the family firm, which was founded in 1888 by Mark Garton – Malcolm’s great-Grandfather. The business has five offices across East Yorkshire, serving a wide area which runs along the north of the Humber: from South Cave across to Hedon, taking in the city of Hull. 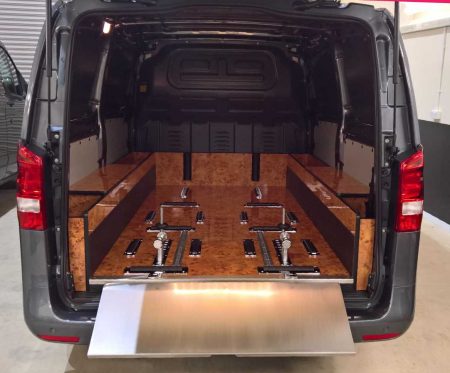 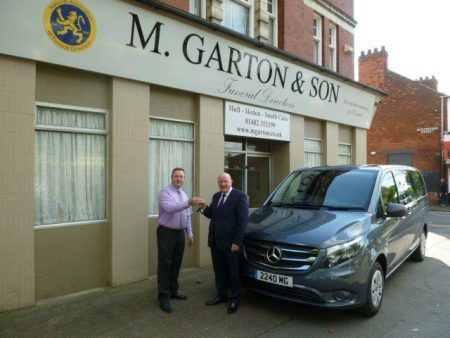 M Garton & Son’s finished Vito is a very smart, modern-looking removal vehicle that fits in perfectly with the rest of the fleet.

The Vito has a walnut interior, and is finished in flint grey metallic paintwork with colour coded bumpers and all-round glazing ensure for a discreet removal. The new Vito doesn’t just look great – it’s a pleasure to drive, too, with driver aids including air-conditioning, parking sensors and reversing camera.

“Superior UK made the entire process really easy,” said Malcolm. “We knew from our previous dealings with them that we would be treated very fairly, with great customer service and after care should we ever need it. The Vito is a great addition to our fleet and a vast improvement on our previous private ambulance. Everyone here enjoys driving it, and the families appreciate the dignified and professional look of the vehicle.”