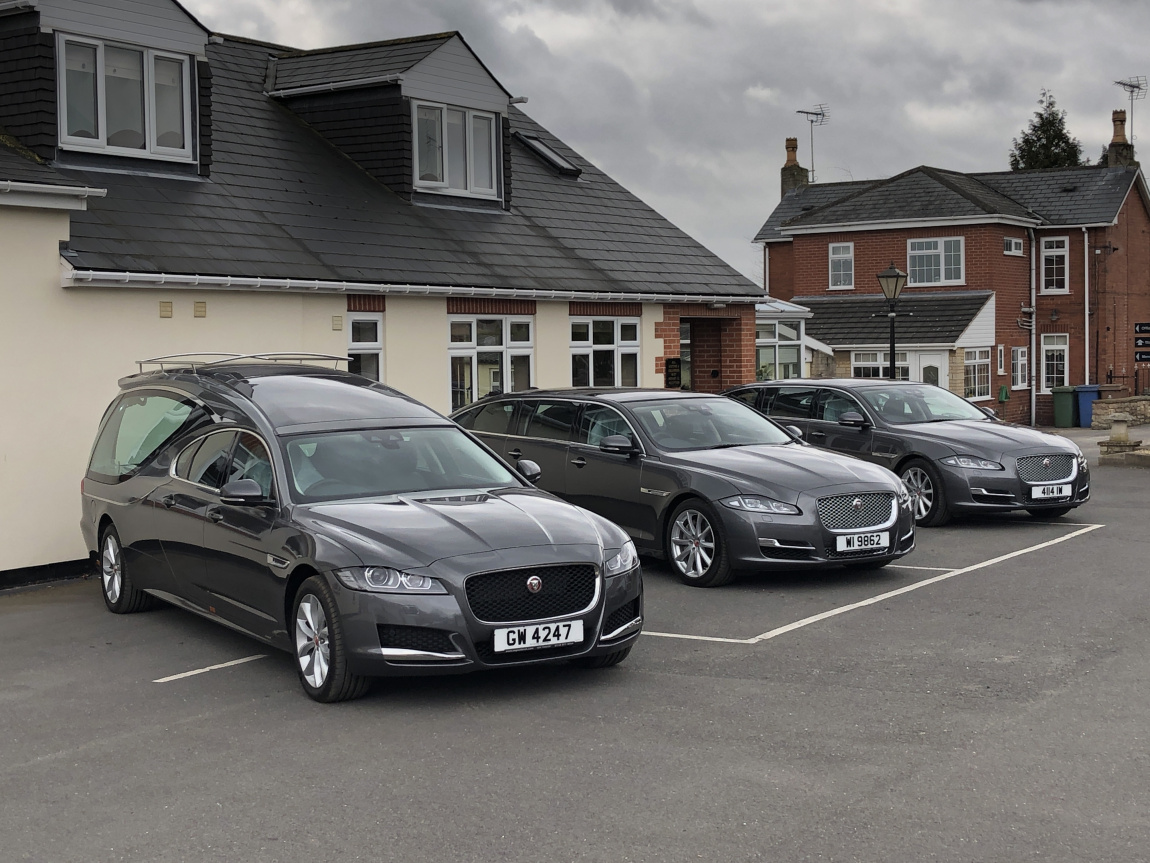 W S Ingham & Son independent funeral firm had run Ford vehicles for over 10 years. From the moment they saw Superior UK’s Pilato demonstrator, the decision was made – the next new ceremonial vehicles would be Pilato Jaguar. Tony Ingham explains why his new cars have the wow factor.

“We’ve made a lot of changes to our premises over the past 6 years,” Tony says, “including two extensions and new garages. We take pride in being a modern, forward-thinking business. It was about time our fleet reflected those values and showed the local community how we like to take care of them.”

Tony, who runs W S Ingham & Son with his mother Pat, had been running a fleet of Ford vehicles, but when looking to change they were not wowed by the new models. Tony felt they just lacked that ‘certain something’.

“We actually tried out the new model of our existing fleet cars,” he explains, “ and they were just OK, certainly not special enough for how we like to do things. I knew that Superior work with Pilato Jaguar, so I got in touch. They were quick to respond, and brought the demonstrator for a visit.”

As soon as Tony saw the XF GrandAurora hearse, he realised how different it is to anything else on the market. 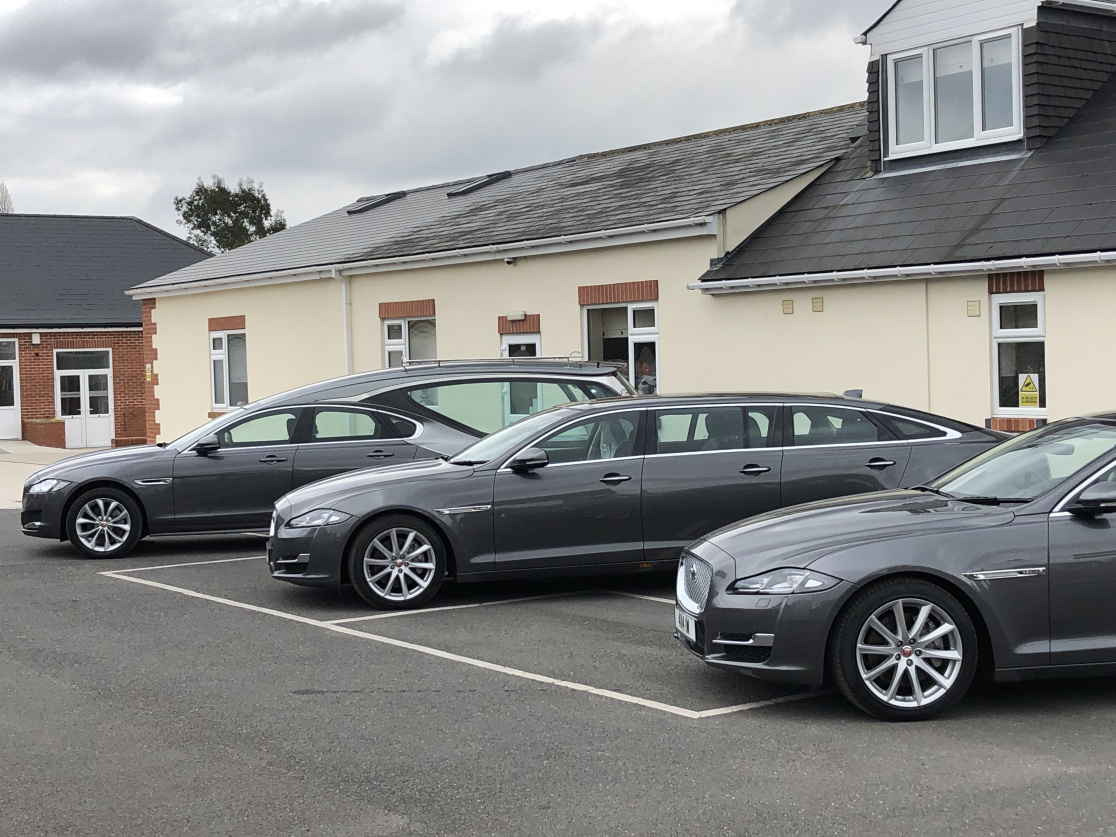 “It was clear from first glance that Pilato have thought about Funeral Directors and designed something that really works for us,” he says. “Greg from Superior talked about all the extras and personal touches we could have – and the decision was made. Once I’d seen the GrandAurora, I couldn’t imagine us with anything else.”

The GrandAurora certainly has the wow-factor, but Tony wanted a whole new fleet. Alongside his new hearse, he also required two limousines, and we were able to help him personalise his new XJ limousines with plenty of special touches. 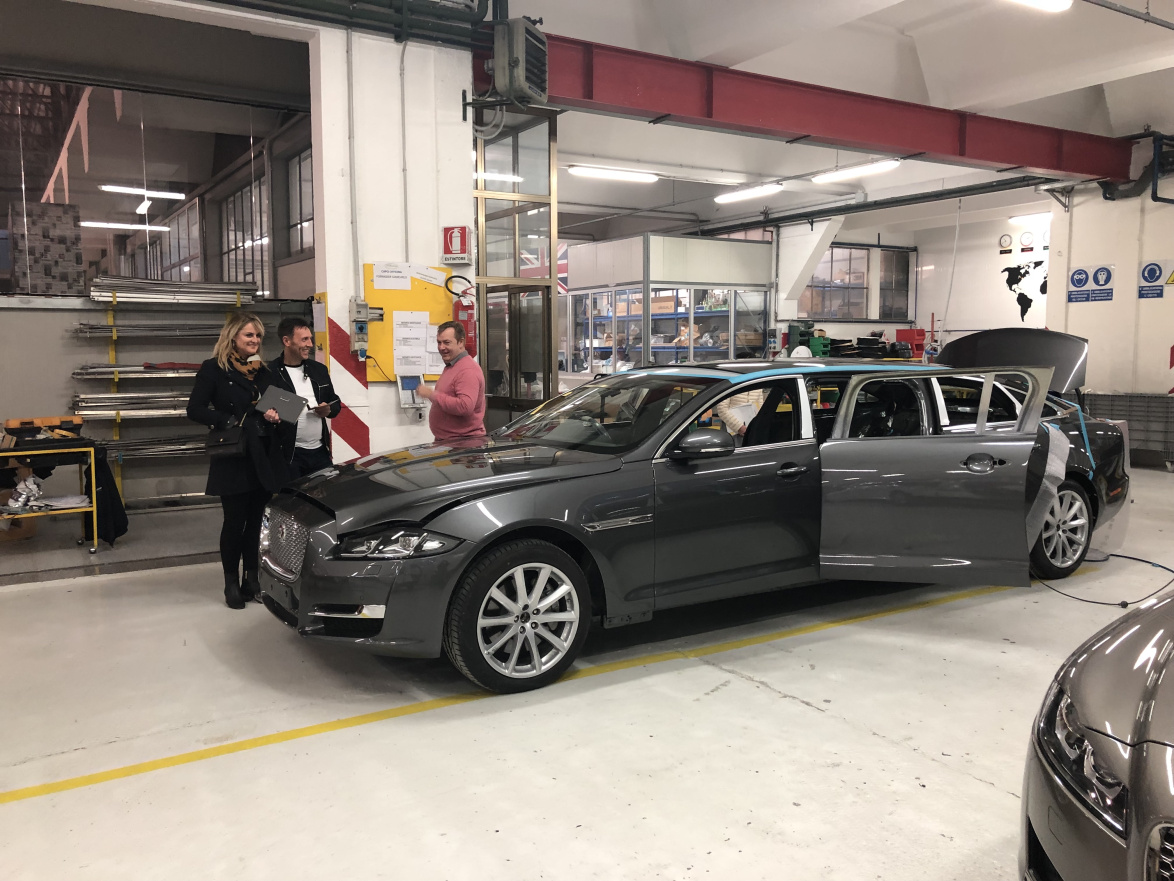 “We’ve never had a Jaguar fleet before,” says Tony, “but this entire process was so smooth and easy. By far the most exciting part for me was our visit to the Pilato factory in Italy. What a wonderful experience! It’s amazing to see your vehicles being made. The factory is remarkable, and the Pilato family can’t do enough for you. It’s thanks to Superior that we were able to have that experience.”

At the Pilato factory, Tony and his fiancee Debbie gave their cars the ultimate personalised touch: a signature on the interior whilst the vehicles were in build. 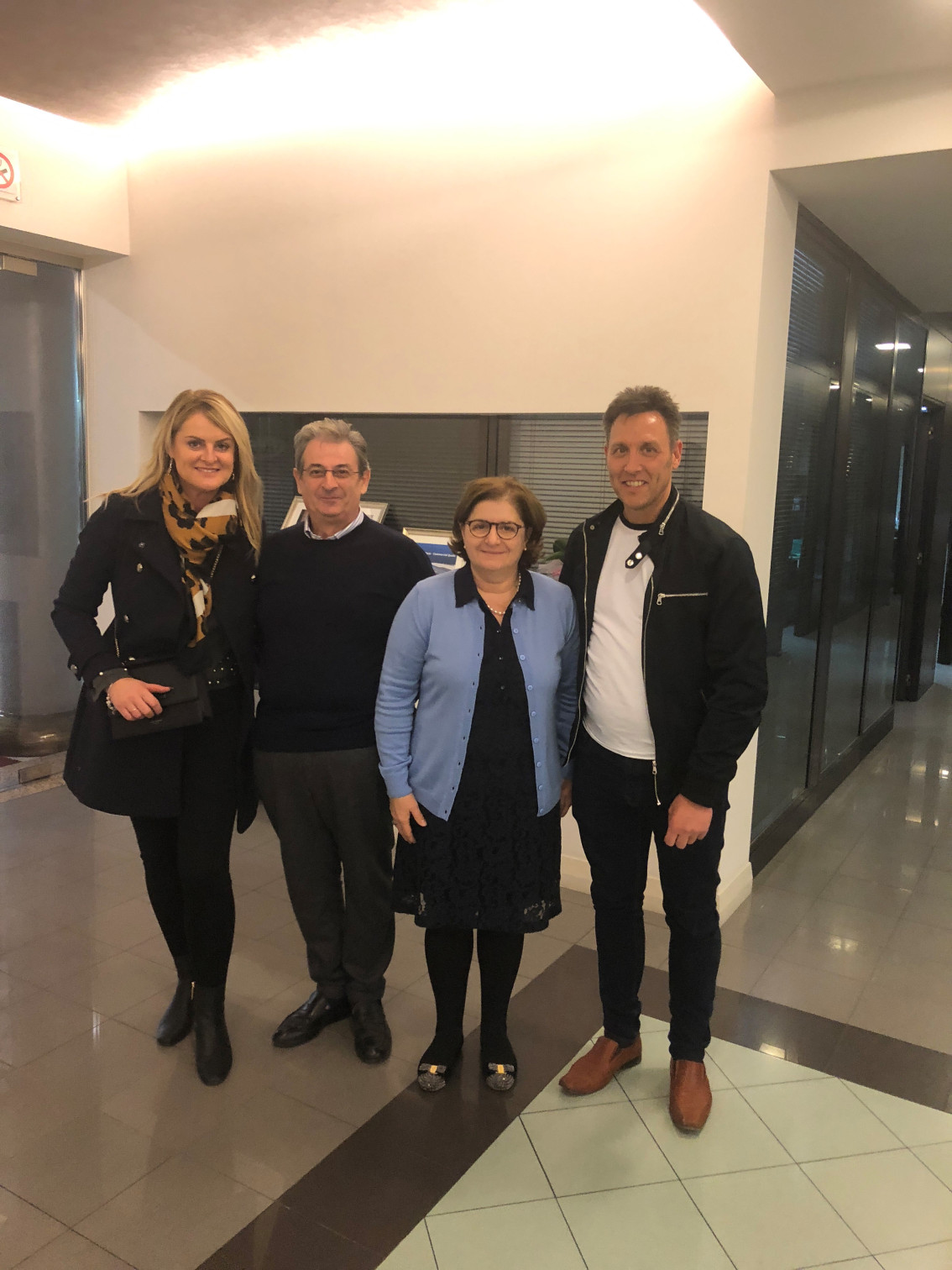 “This is the third new fleet I’ve bought, and I’ve never been asked to put my signature inside my cars before now,” says Tony. “Debbie found it so overwhelming, she burst into tears.”

A New Fleet That Turns Heads In Brand Colours

The Ingham family were able to customise their hearse and limousines with the features, spec, and finish they wanted – down to every last detail.

“We like to be different,” says Tony. “So it is great to have ceremonial cars that match our company colours and help us stand out.”

When the vehicles were ready, Superior had them delivered by covered transporter for the official handover at W S Ingham & Son’s impressive Mansfield premises. 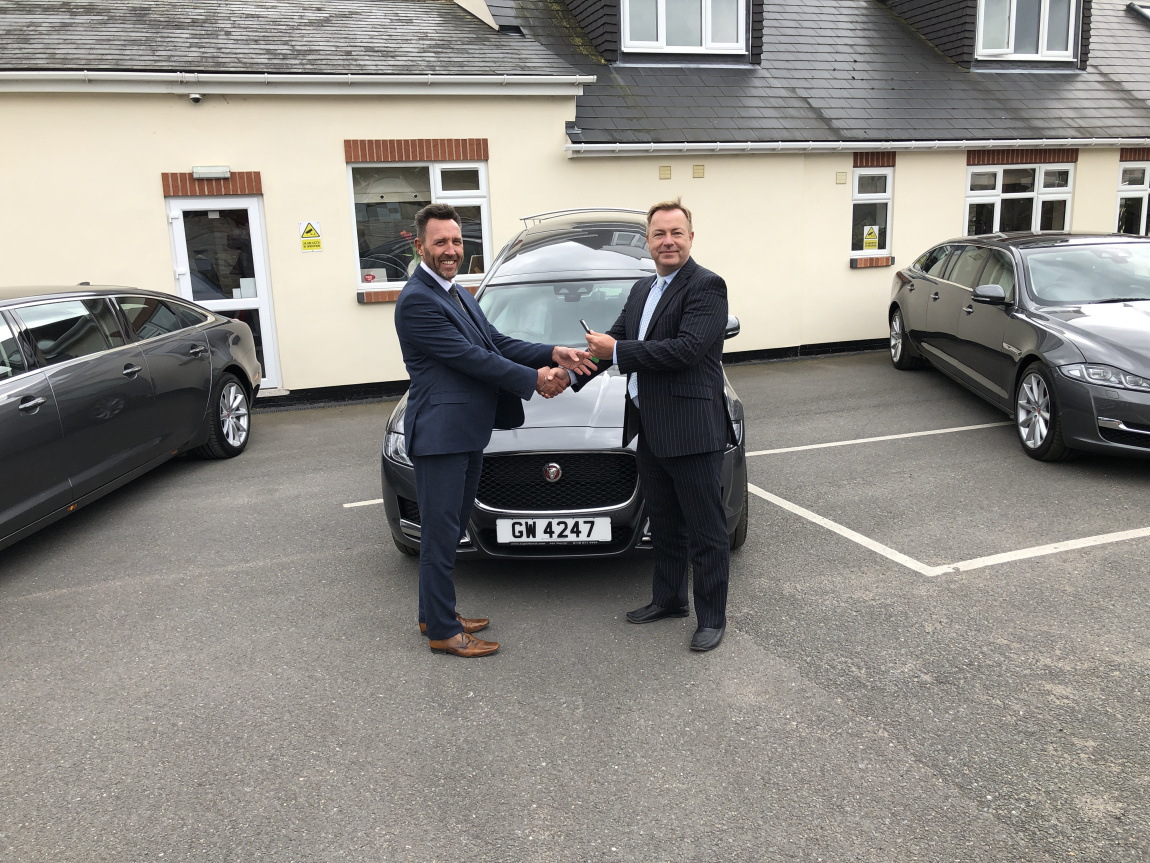 “Driving the new cars onto our premises on the day was an amazing experience,” says Tony. “The entire team came out to welcome the cars. Since then, they’ve been out on the road and the response has always been “WOW!” They have been an absolute dream to drive. And the service we’ve received from Superior is second to none.”

Kevin Smith from Superior UK says what a pleasure it was to help W S Ingham & Son with their Pilato Jaguar fleet.

“Tony was very clear in what he wanted from his cars,” he says, “it was refreshing to work with a Funeral Director who is so hands-on. Taking Tony and Debbie out to Pilato in Italy was a great experience and I enjoyed showing them the lengths Pilato go to in making dreams a reality. It has been great to demonstrate what the Superior/Pilato partnership is capable of. These three cars are absolutely beautiful!” 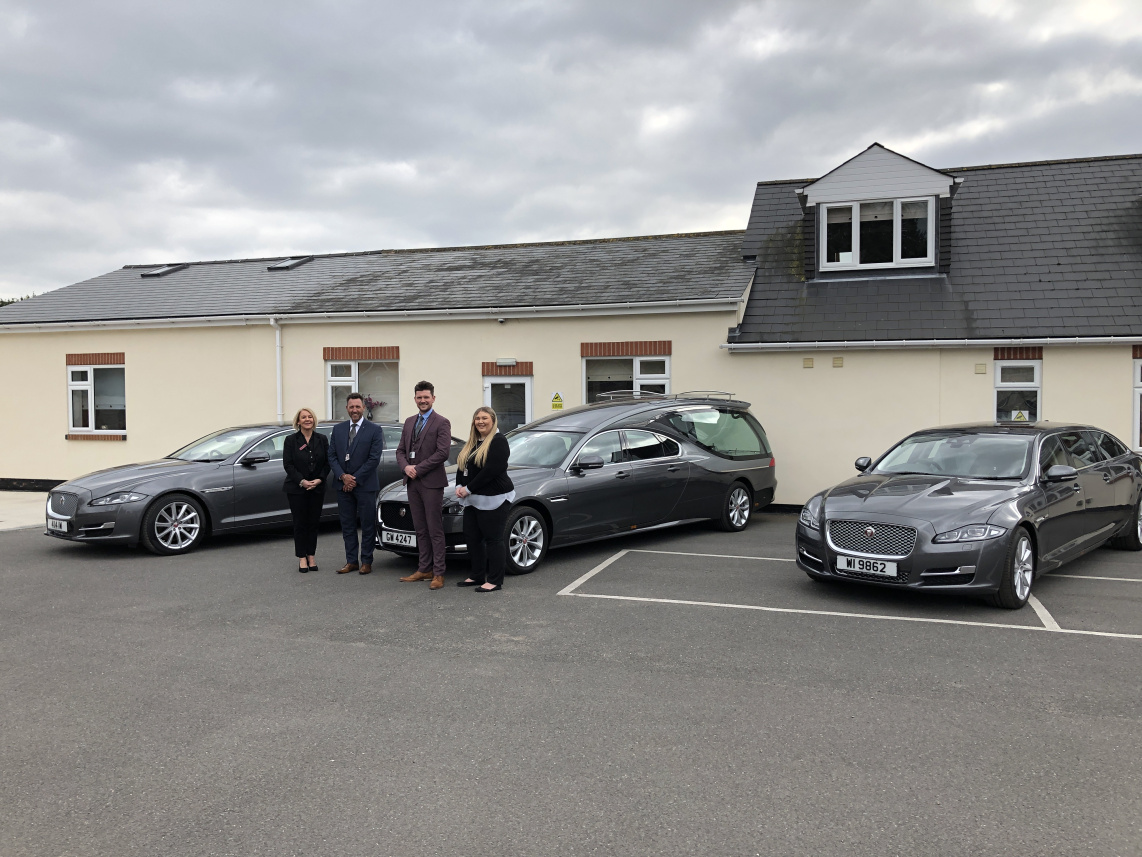 W S Ingham & Son was set up in 1927 by Tony’s grandfather. Tony explains why luxury ceremonial vehicles are an integral part of a modern Funeral Director business.

“Giving our families the best possible service is the most important thing to us,” he says, “and these vehicles are a massive investment for our company. Having cars like these shows our commitment to families and to our local community. We care about every detail of the service we offer.”