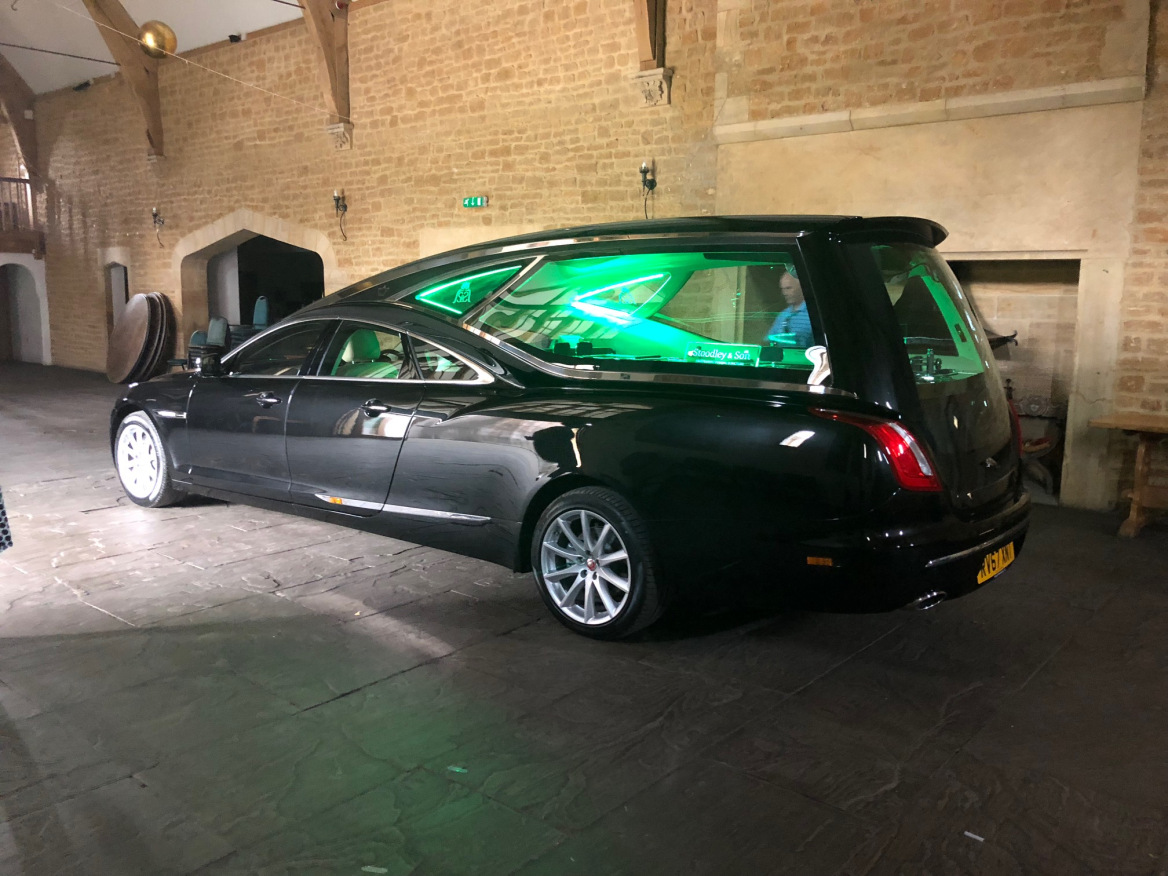 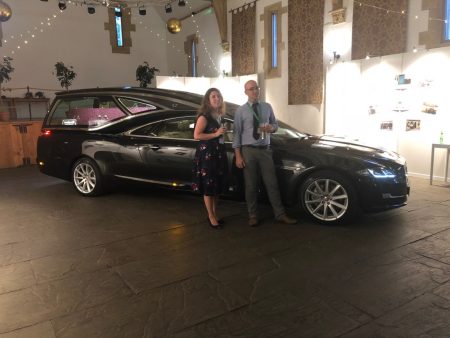 “I’ve been at A E Stoodley & Son for 18 years, but I took over fully in 2017,” says Tracey. “We are a very progressive, forward-thinking funeral director, and my goal was to bring our brand in line with our values. One of the first things I did was replace our existing vehicle.”

A E Stoodley & Son were running a Mercedes E320 Pollmann build which was about 20 years old – a true workhorse of a car but no longer in line with her vision. Tracey wanted something new, unique, stylish and modern for the business in 2018.

The Pilato Queen II was the first vehicle she saw at the National Funeral Exhibition last year. Even though she took a good look around, she couldn’t help coming back to it.

“I assumed we’d get another Mercedes,” she says, “we’ve always had a Mercedes fleet. The second I saw the ‘Queen II’ on Superior UK’s stand, I knew I wanted it. I spent a lot of time looking around, but there was nothing else that came close for me!

“I had a strong vision of how I wanted our vehicle to look, and the scope of the Queen II allowed me to look beyond the demonstrator. I knew we could create something really special for A E Stoodley & Son.”

Kevin and Peter Smith of Superior UK spoke to Tracey at the NFE and help her to make her vision a reality. She knew exactly what she wanted, and Superior UK were able to advise her with their extensive knowledge and experience of Pilato vehicles. They even facilitated a visit to the Pilato factory in Nervesa della Battaglia, Italy, so Tracey could see her Queen II progressing through the build process.

Watching The Build At The Pilato Factory

In February (6 months after placing the order), Tracey went over to Pilato with Peter, Kevin, and Jon of Superior UK.

“The entire trip was memorable,” she says. “I had a wonderful tour around the factory and saw our Queen II in her grey shell as she started to take shape. It was amazing to see what Pilato do and watch the build in action.”

Tracey was even able to add some very special personalised touches to the car during the build phase. 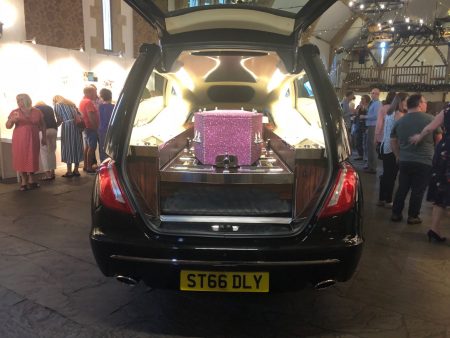 The Most Personalised Details

“I signed the vehicle inside the back wing, and had our logo etched into one of the windows. It was great to have that level of detail available to us. It made me even more excited to take delivery of the finished vehicle.”

Superior UK kept in touch with Tracey throughout the process, and then delivered the car to her by specialist transporter in June 2018.

“I don’t mind admitting that I cried when I saw it,” says Tracey. “It is absolutely stunning, beyond anything I could have comprehended. It is everything I’d hoped for – and the rest!”

Soon after delivery, the Queen II was put centre stage at a special event hosted by A E Stoodley & Son – the launch of their Community Fund. The funeral firm have always been community focused, they are at the heart of the town, for the local people.

In their 95th year of trading in the town, Tracey launched the Stoodley & Son Community Fund. This initiative is the latest in the firm’s community focused activities. Tracey presented the first award on the evening to The Teresa Braley Memorial Garden. A E Stoodley & Son also run a free Bereavement Support Group(which has supported 120 families over 5 years) and hosts a number of charity events throughout the year.

“People want a funeral director they can feel comfortable with,” says Tracey, “our community work makes us more noticeable and approachable. It was great to be able to welcome so many local people to the launch event. We were only expecting 40 people, and we had over 120! The Queen II was a stunning centrepiece and a real talking point.” 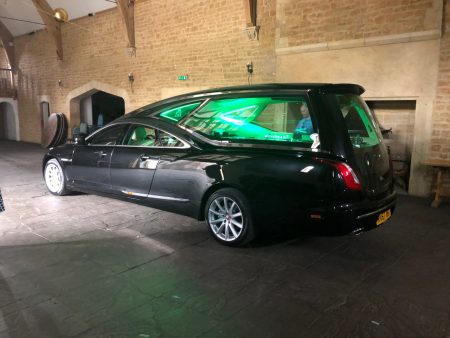 Since the community fund launch evening, the Queen II has been out and about in the local area – working hard and turning heads.

“We get plenty of looks,” says Tracey. “People even cross the road to look at the car and talk to us about it!”

A E Stoodley & Son’s new Queen II Pilato has helped bring Tracey’s vision for the business to life. Superior UK were delighted to play a part in the journey.