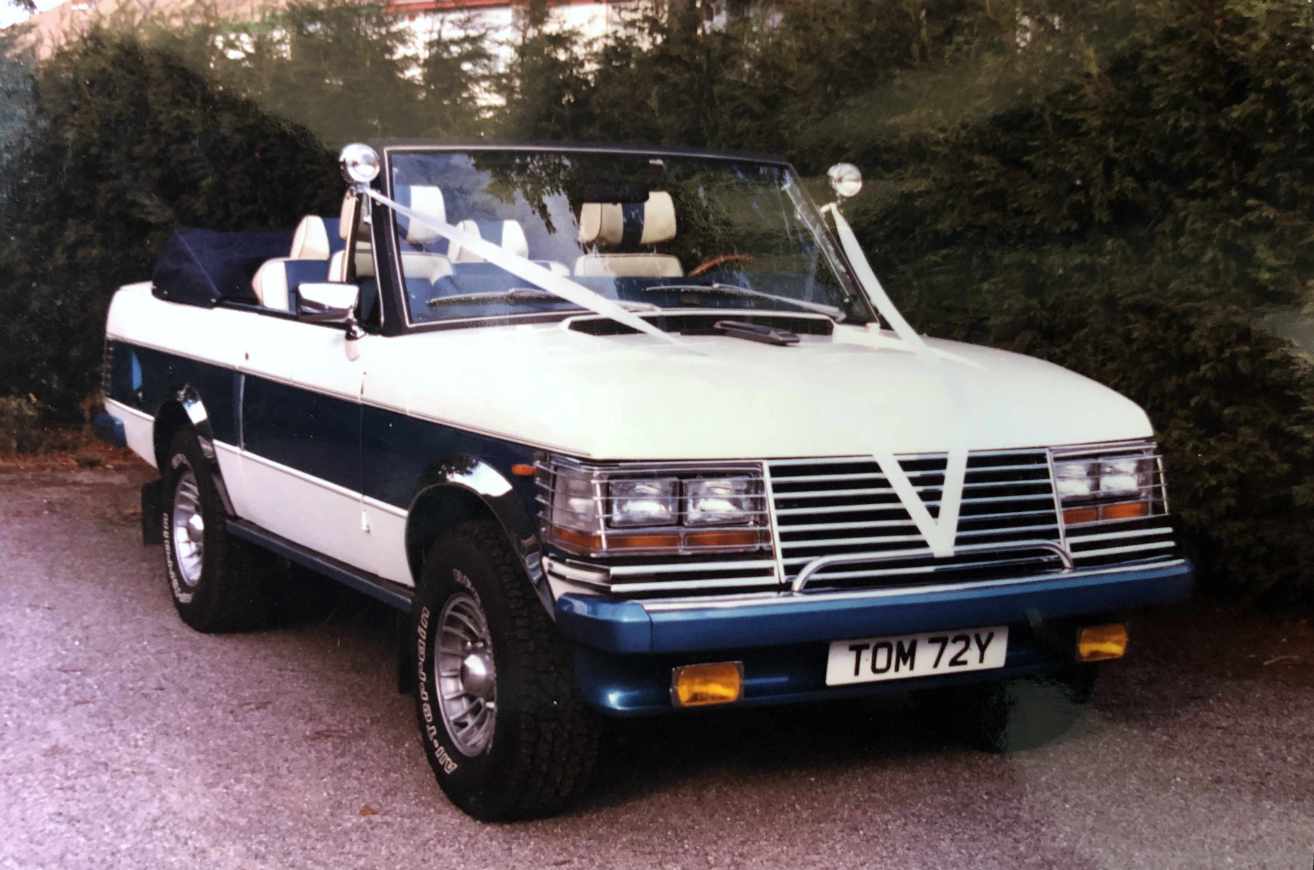 Peter Smith is familiar to all of you who know Superior UK. Head of the family – and of the business – he is about to head into retirement. We take a look back at an astounding career in coachbuilding, specialist vehicles, and the funeral fleet industry.

The specialist coachbuilding world of the 1970s and 80s was an exciting time, and Peter was right in the thick of it. He recalls building exotic vehicles for Middle East customers – mainly 6-wheeled Range Rovers and convertible 2-door Range Rovers – as well as bespoke vehicles for the rich and famous.

Even back then, Peter would occasionally be asked to build a hearse or limousine, but it would be some years before they would form a significant part of his business. 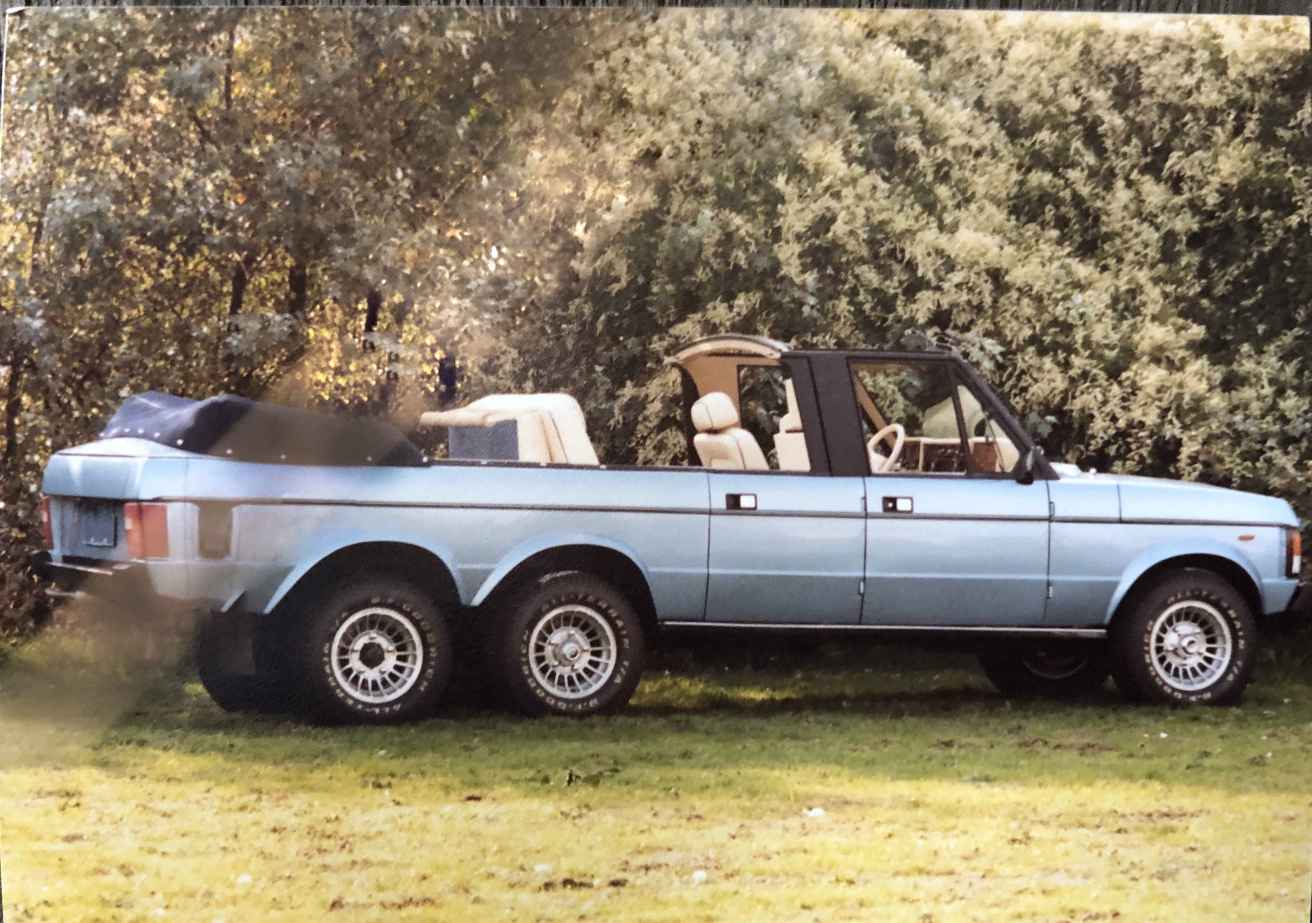 Cast your mind back to the mid-80s to a time when interest in classic English cars was on the rise. Peter began restoring and supplying some beautiful classic cars, including Jaguar E-types and XKs, Rolls Royce cars, and other marques. 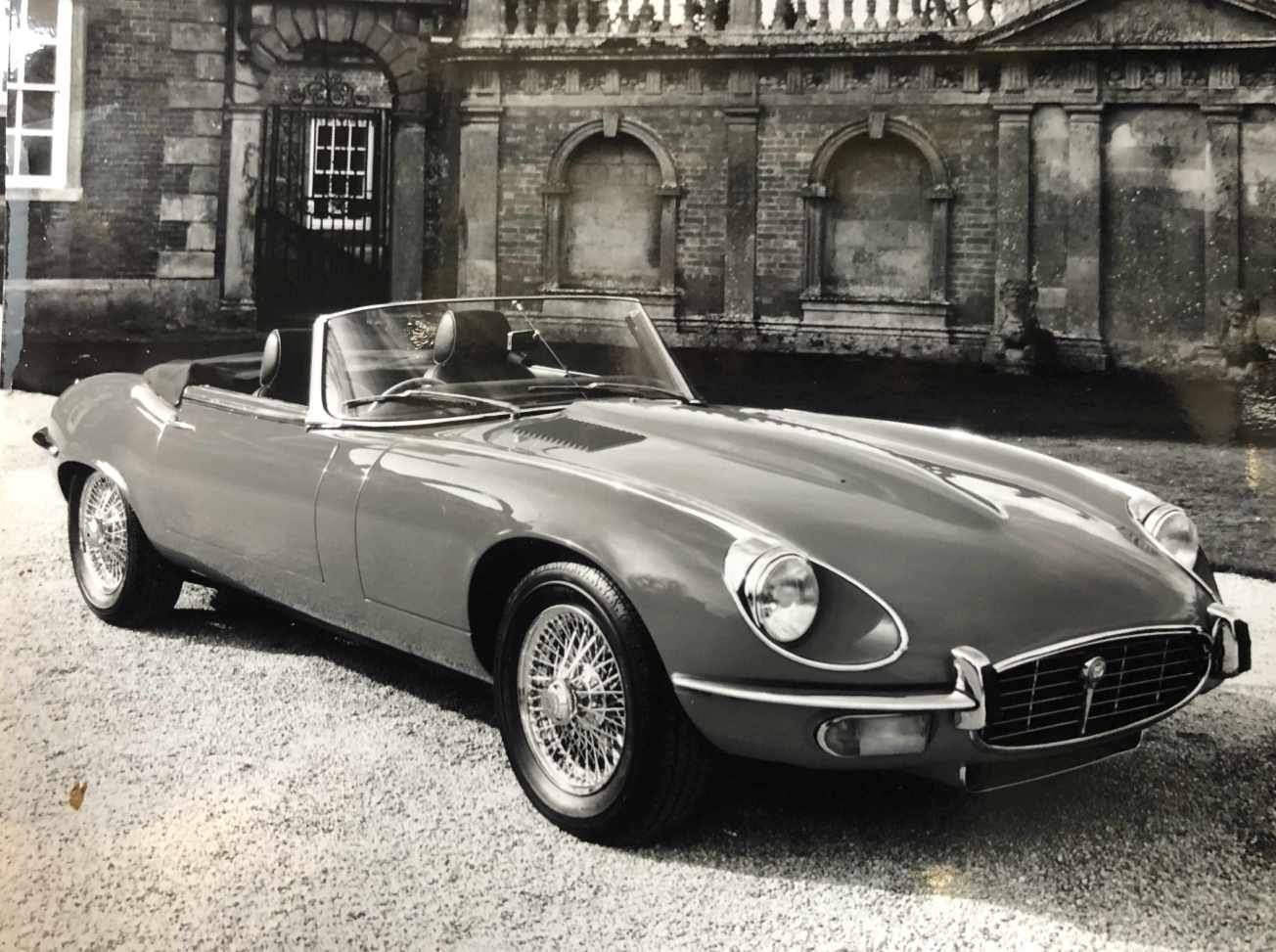 Into the Funeral Vehicle Market

In the late 1980s, Peter formed a working relationship which would see him move into the funeral vehicle world – an industry he never left.

An opportunity arose to work alongside specialist coachbuilder Yngve Nilsson Karosserifabrik, who were in charge of Volvo special vehicles for Volvo Cars. Peter quickly formed a great working relationship with the Nilsson family and moved fully into the specialist market of funeral vehicles. 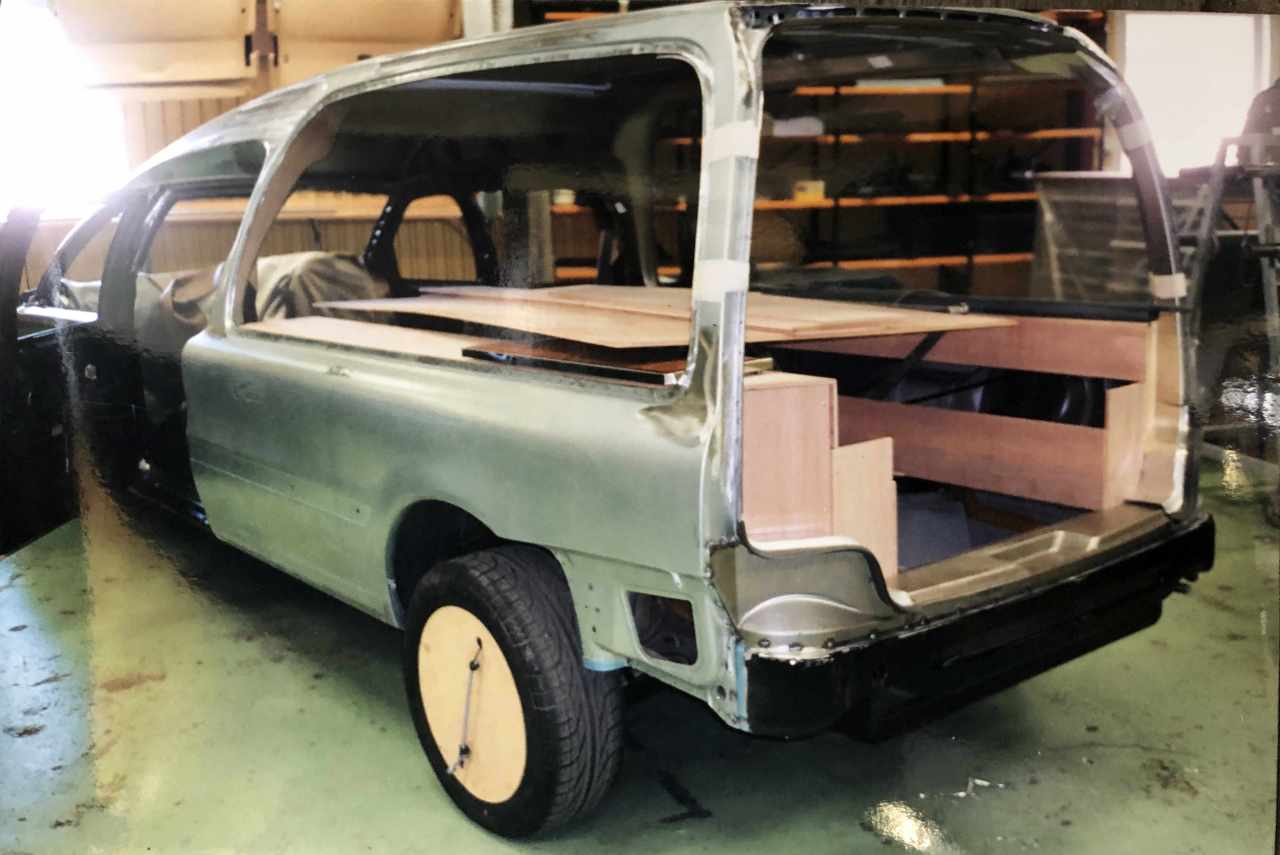 Did you know that Peter formed Nilsson Karosserifabrik UK Ltd (Nilsson UK)? He introduced the Volvo-based hearse and limousine to UK funeral directors, and with this came full manufacturer-approved specialist vehicles with steel body construction and one-piece steel roofs.

Over time, the Volvo funeral vehicles evolved and became one of the strongest and most trusted brands on the market. The vehicles were renowned for build quality – in fact many of these vehicles are still in service long after they should have retired! 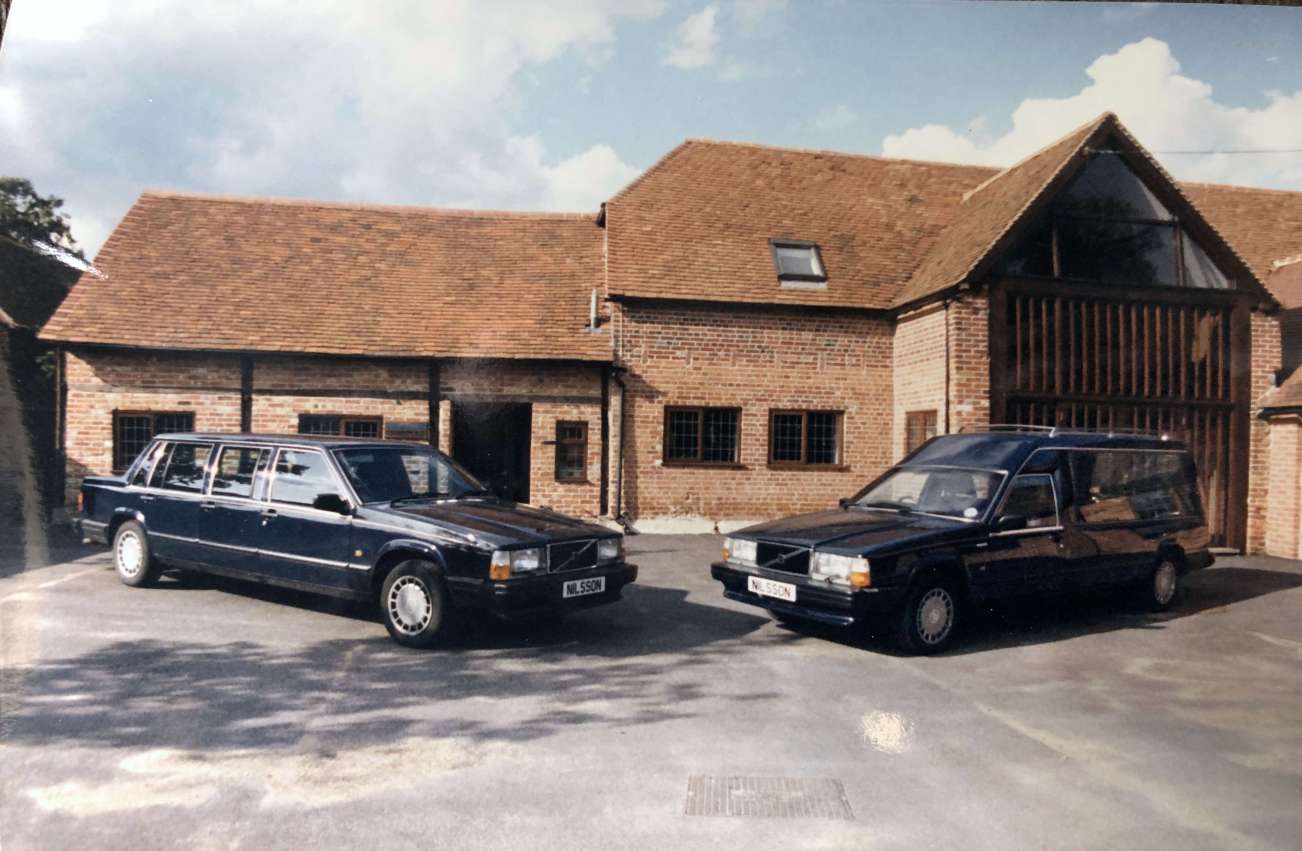 The start for Nilsson UK at Aldermaston 1989

Nilsson and Nilsson UK were forward-thinking companies. Peter was instrumental in the design and production of 5-door hearses, 4 and 6-door limousines, and 5-seater hearses as standard, as well as the development of the first Rise&Fall decking systems. 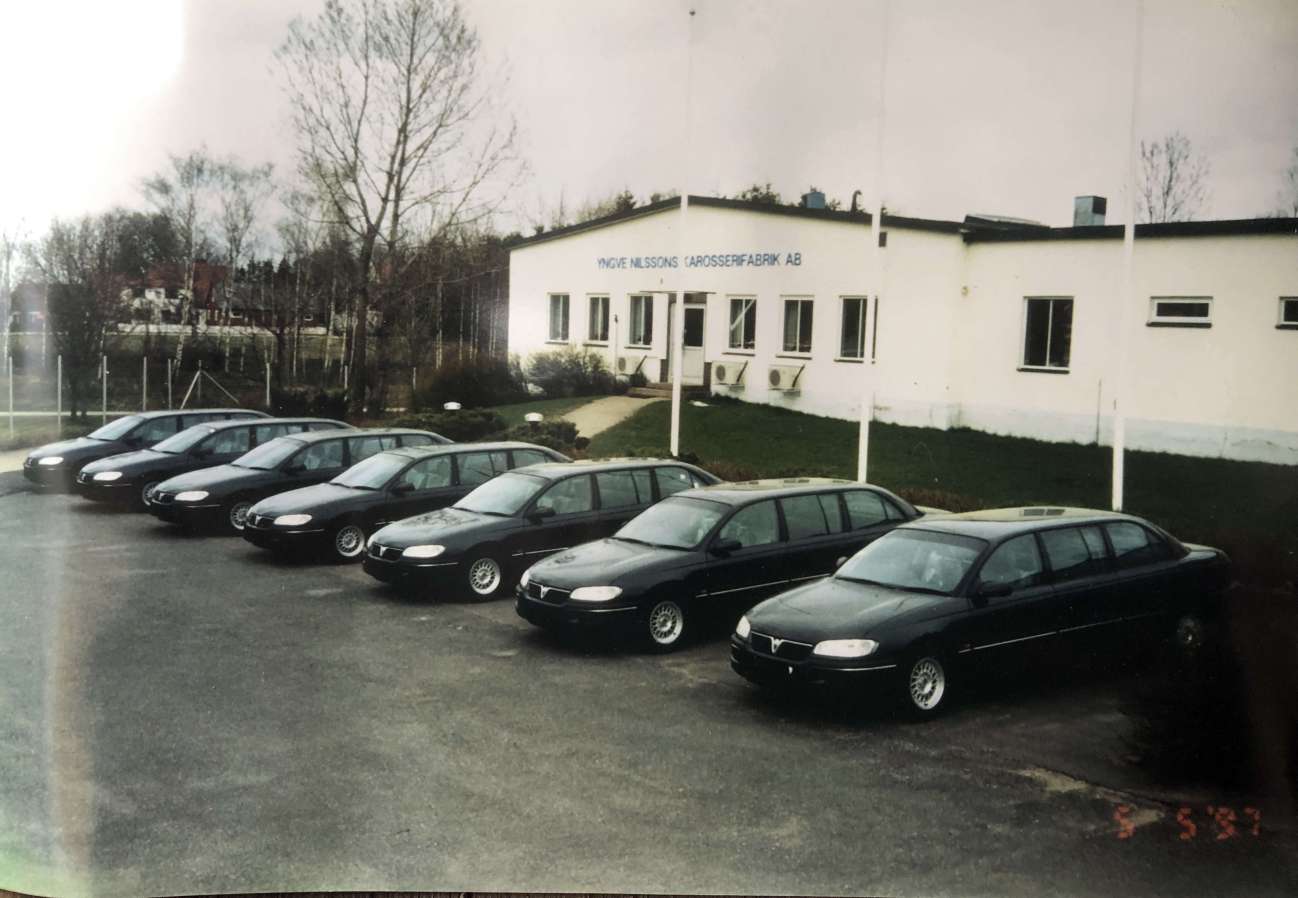 As the Millennium approached, it was clear that the world was becoming a very different place and customer expectations were changing. Peter knew the products he offered needed to adapt and continue to lead the way in a new millennium. Onto the next chapter…

Earlier in his career, Peter had crossed paths with world-renowned Germany coachbuilder Binz. They were best known for producing Mercedes-Benz E Class limousines, ambulances, and heavy-duty chassis. Binz and Peter entered into discussions. Binz agreed to produce their first production hearse (the 211 E-class Binz), and Peter formed Binz UK Ltd. From 2003, Binz products were the mainstay of the business.

Many of you will remember that first Binz. It truly was a mould breaker that altered the direction of the funeral vehicle industry. The hearse was launched with a diesel engine only, Elegance specification, with full glass coffin chamber including a glass roof. The styling was contemporary at the time, but has stood the test of time – demand for this timeless classic is still high.

Next came the 212 E Class, the limousine was launched with a panoramic glass roof fitted as standard. It became an overnight success. 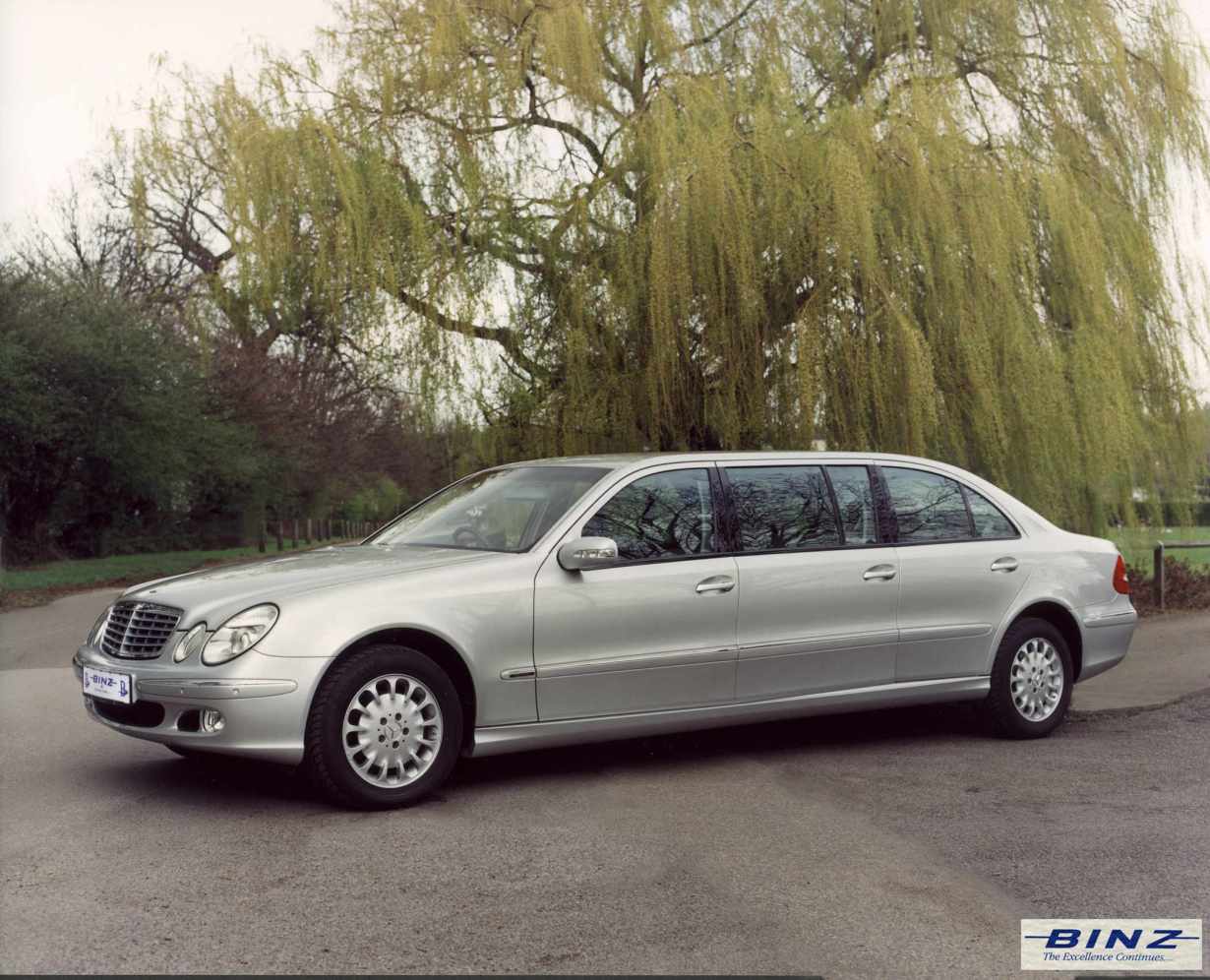 The Changing Face of Funerals

During the recession of 2008-2012, people began wanting something different from funerals.

The traditional religious ceremony was on the decline, and people wanted more of a celebration of life. This often meant an alternative to traditional hearses: motorcycles, HGVs, horses, or even novelty type vehicles.

The Pilato family (who were also a concessionaire for Nilsson) were famous for their flamboyant hearse designs. Peter saw an opportunity to bring a new style of vehicle to the UK funeral market. He arranged a meeting with Pilato to discuss the possibility of a relationship. From that meeting, Superior UK Automotive was born, and launched a series of the most exciting funerals vehicles the UK funeral market has seen.

The Man at The Centre of a Changing Industry

From Volvo Cars, to Binz UK, and a ground-breaking partnership with Pilato in Superior UK Automotive, Peter Smith has been instrumental in changing customer expectations of funeral vehicles. He has always believed that coachbuilding should improve the quality of the vehicle. The standards and equipment we enjoy today were innovations introduced by Peter and the associated coachbuilders during his 30 years’ service to the funeral profession.