G. Roberts Independent Family Funeral Director is expanding rapidly, with new premises and fresh branding in the last year alone. Manager George Roberts and his team knew they would soon need an additional removal vehicle. After seeing the bespoke Vito on Superior UK’s stand at last year’s National Funeral Exhibition, they knew it was the vehicle they wanted.

“When I saw Superior UK’s stand at the NFE and spoke to Kevin, it was clear that they would be our choice of vehicle supplier,” said George. “And we already have a Mercedes within our fleet, so the Vito was an obvious choice.”

Superior UK Automotive create bespoke Vitos which look and perform like a high-end MPV, not a van. This Vito would be the 9th business vehicle for G. Roberts Independent Family Funeral Directors, who have the largest fleet in the Scarborough area. George explained what makes his new Vito special. 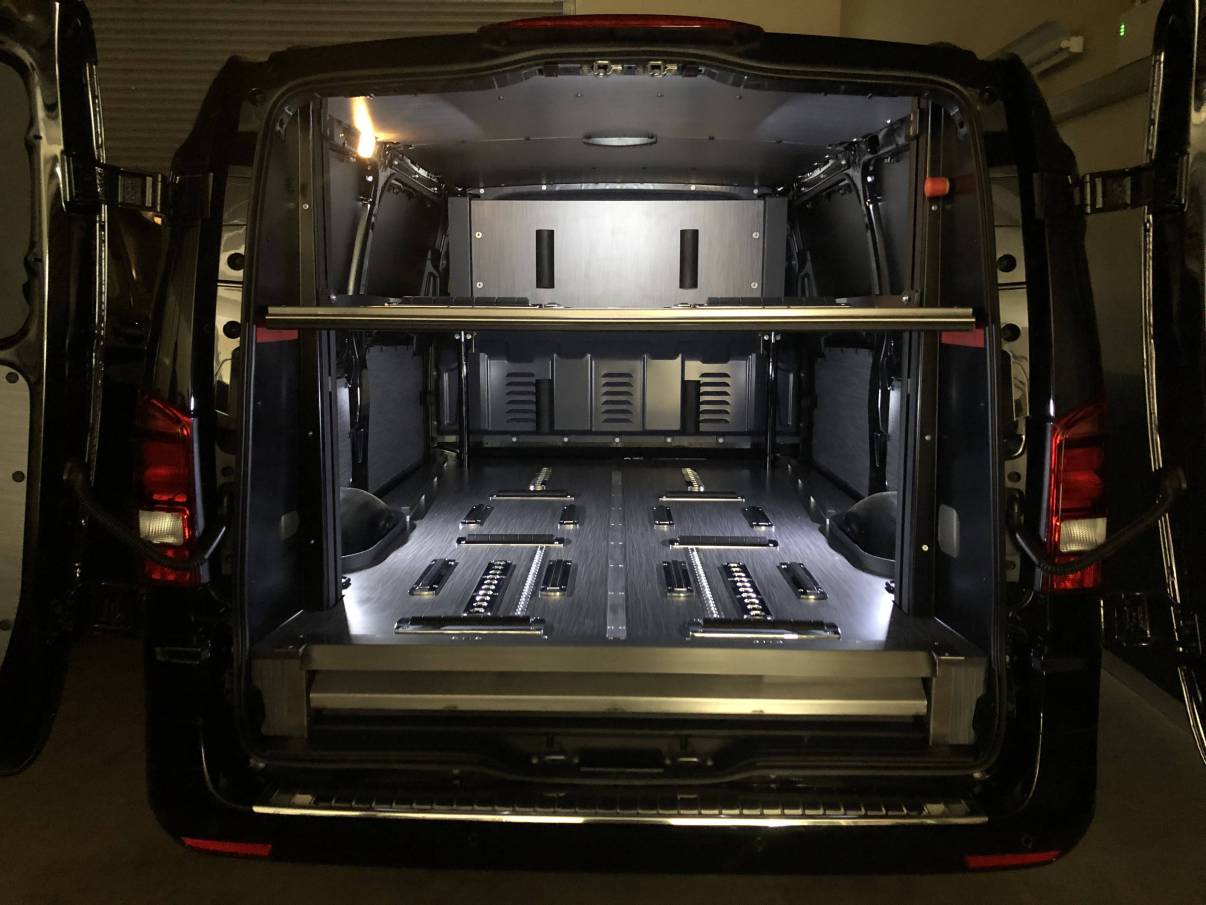 “One of the first things we liked about this vehicle was the amount of storage it can have,” he said. “We’ve never had any storage in previous removal vehicles, and it’s always been a practical challenge.”

“When we first saw Superior’s Vito, it was a lightbulb moment – I realised these people really know the industry, and they think about who will be using the vehicle rather than just offering the same thing to everyone. The process is completely personalised, which meant we could finally get a removal vehicle that was fit for purpose!”

George was clear that he didn’t want a “panel van” look in his new Vito, and Superior UK came up with lots of options to create a stylish, MPV-look. 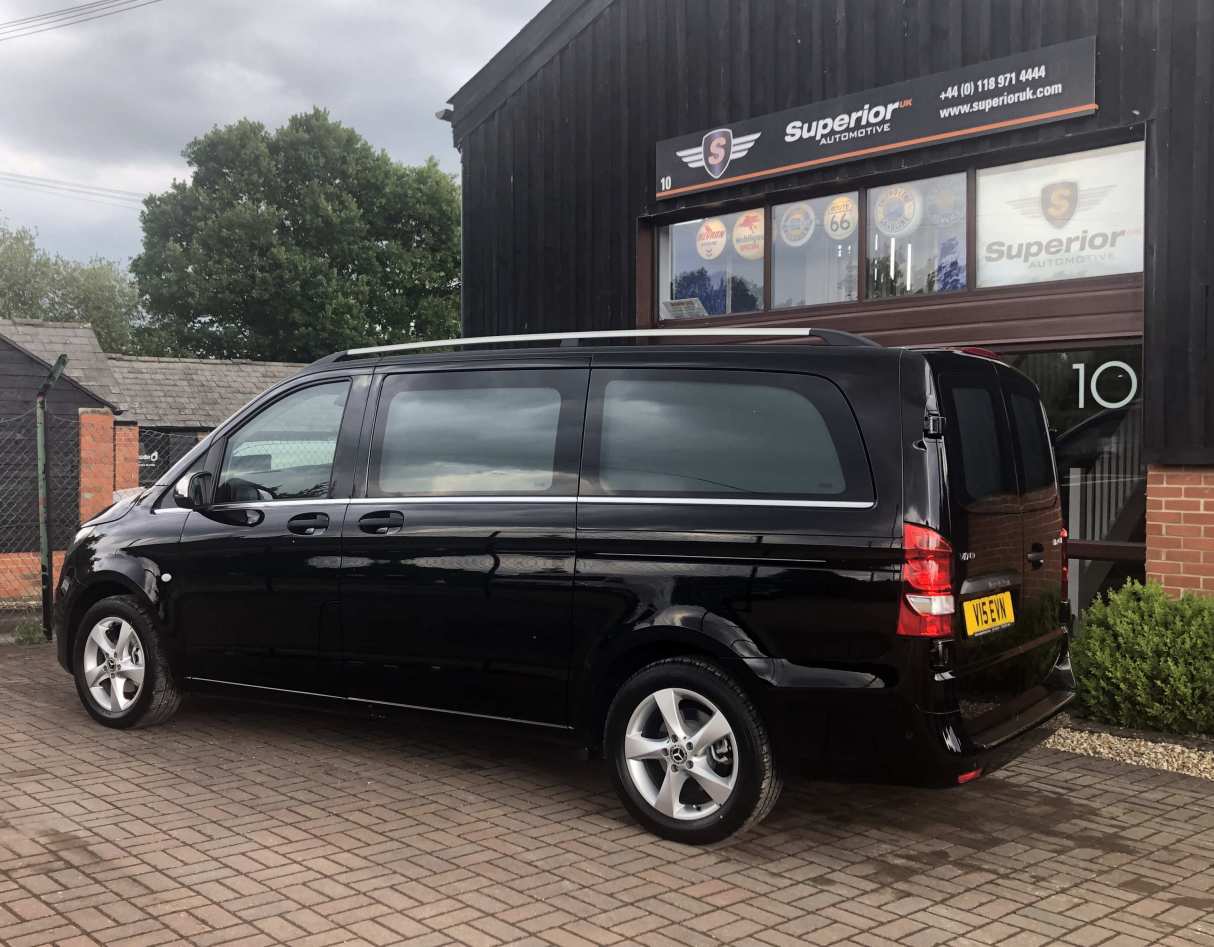 Kevin Smith of Superior UK explained his approach to creating this unique and high-spec Vito.

“We built G Roberts’s Vito to our covert MPV look, with all round glazing, aluminium roof bars, chrome-style window moulding and various chrome appointments,” he said. “We also installed the Superior ‘Rise&Fall’ decking system, which makes this Vito even more practical and easy to use. I think this style of removal vehicle is the way forward for funeral directors who have used estate cars or MPVs in the past.” 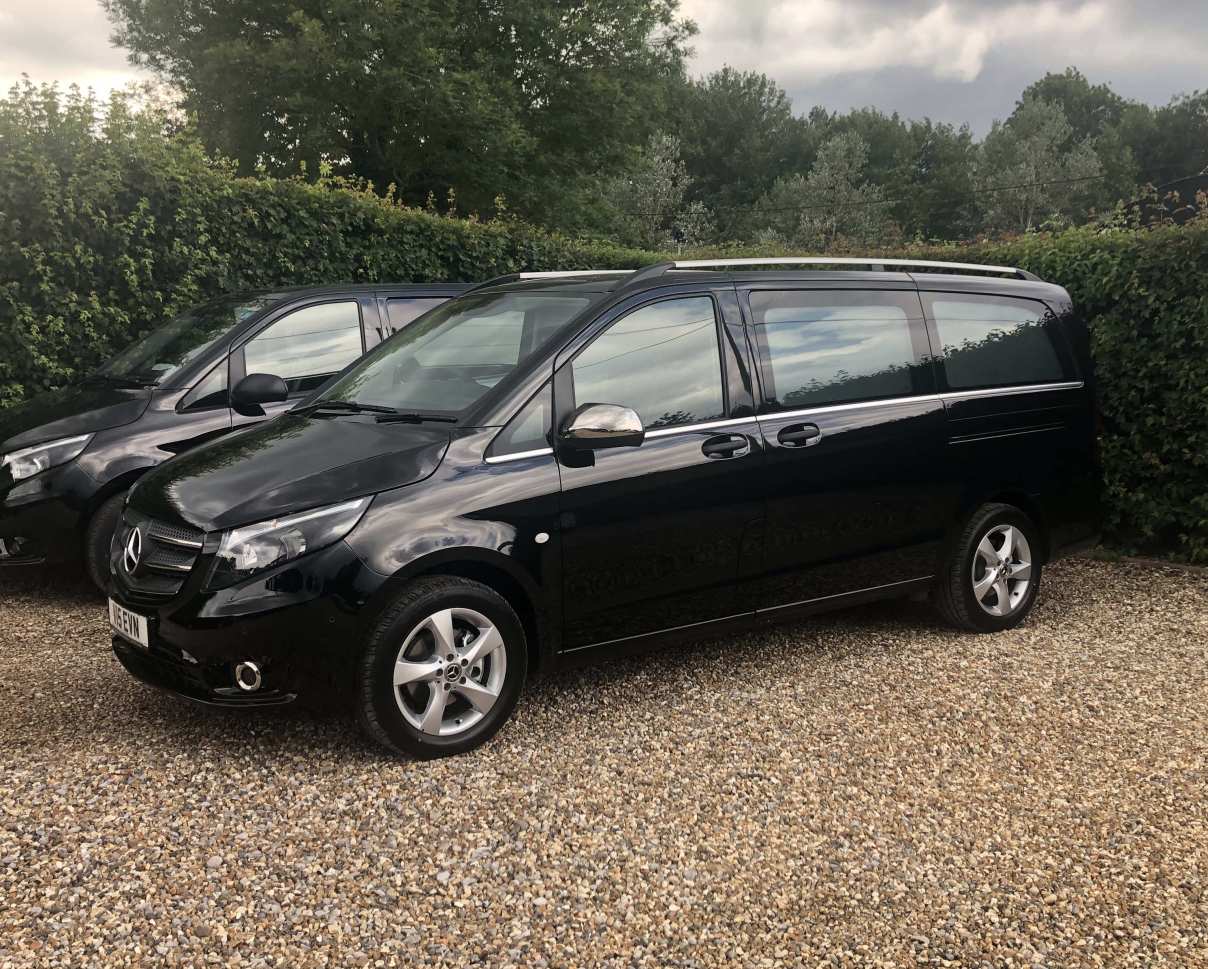 The custom Vito makes life a lot easier for members of the team at G. Roberts. Based in Scarborough, the firm covers a large and hilly area and needed a vehicle which would reliably cope with all those miles.

“Our Vito doesn’t just look great, it is a comfortable and very practical drive,” said George. “It has all the technology you need.”

2019 was a busy year for G. Roberts, and this addition to the fleet is a reflection of how fast the business is growing. The vehicle’s high-end look fits perfectly with the firm’s recent rebrand, reflecting their dedication to excellence as a modern funeral director.

“We received a first-class service from Superior UK throughout this process,” said George, “and my family and business recommend them.”