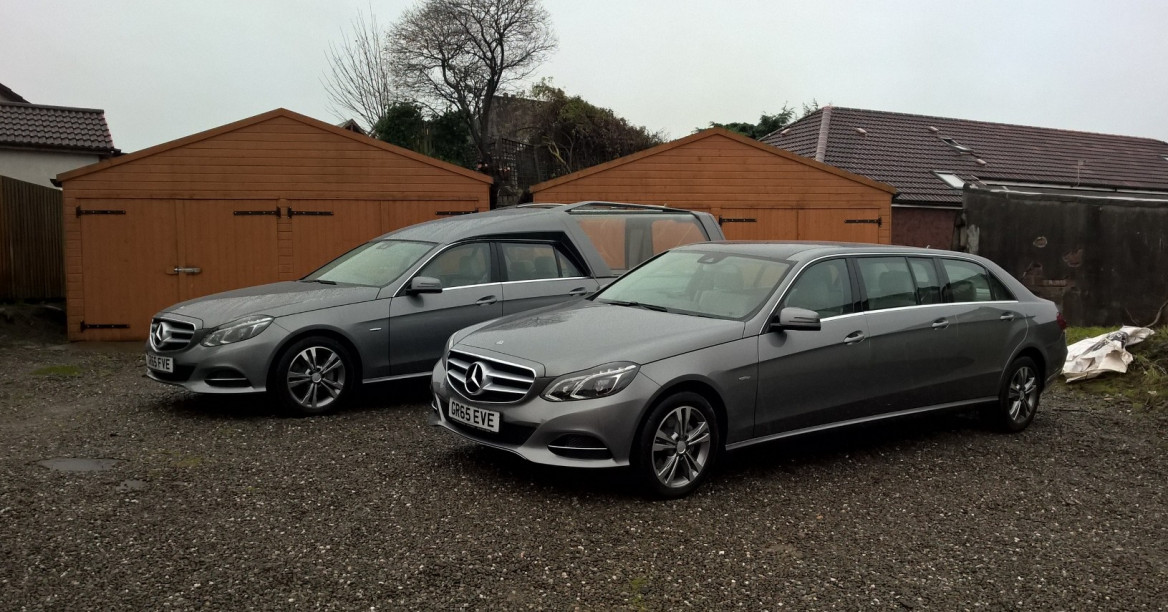 When Anthony Grieve arrived at work on 18th November, he was presented with a huge surprise from his father Bill Grieve: a brand-new Binz hearse and limousine to mark the handover of business from father to son. 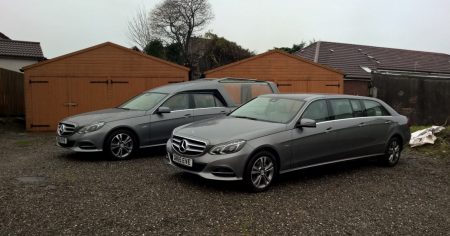 Unknown to him, his father Bill had been working away behind the scenes with the help of Kevin Smith at Superior UK to arrange purchase and delivery of two bespoke vehicles. After 28 years running Thomas Grieve & Son, Bill plans to retire next year. What better way to begin the handover than with two shiny new cars, custom-built to the Grieve family’s exact specifications. 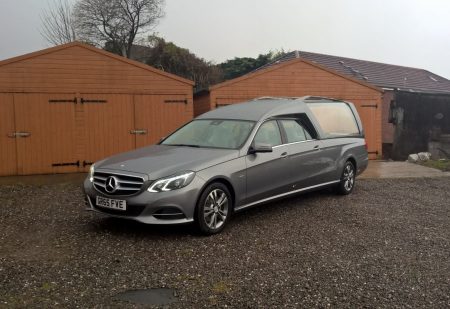 Like the rest of the firm’s fleet, the two new vehicles are stunning Palladium Grey which demonstrates Grieve’s modern, forward-thinking mindset. “We are in the process of upgrading our entire fleet to matching Palladium Grey Binz Mercedes vehicles,” said Bill Grieve. “As far as we are aware, we are the only funeral directors in the area that use this colour.”

Bill Grieve and his own father, Thomas, started the business in 1987 in Blackburn, West Lothian. The company is still based in Blackburn but has now grown, employing 15 members of staff across four locations, and offering chauffeur hire services. The happy recipient of the vehicles, Anthony Grieve, represents the third generation of this thriving and hard-working funeral firm.

“As soon as I saw the new cars in the yard, I realised what Dad had arranged,” said Anthony. “I was blown away by the surprise. The cars were put to work straight away and have been a huge asset to our fleet. My Dad and I have run the business tougher for the past eight years, and I’ll use the solid work-ethic he’s taught me to take the business forward when he retires.

“My own sons – the fourth generation – will join the business before too long. I hope these cars will still be in our fleet then, so I can in turn pass them down to my sons.”

“This was a very special delivery of a hearse and limousine,” says Kevin Smith at Superior UK. “It was all arranged as a top secret gift from Bill Grieves to his son, and we were honoured to be a trusted part of the arrangements. The handover was very special!”