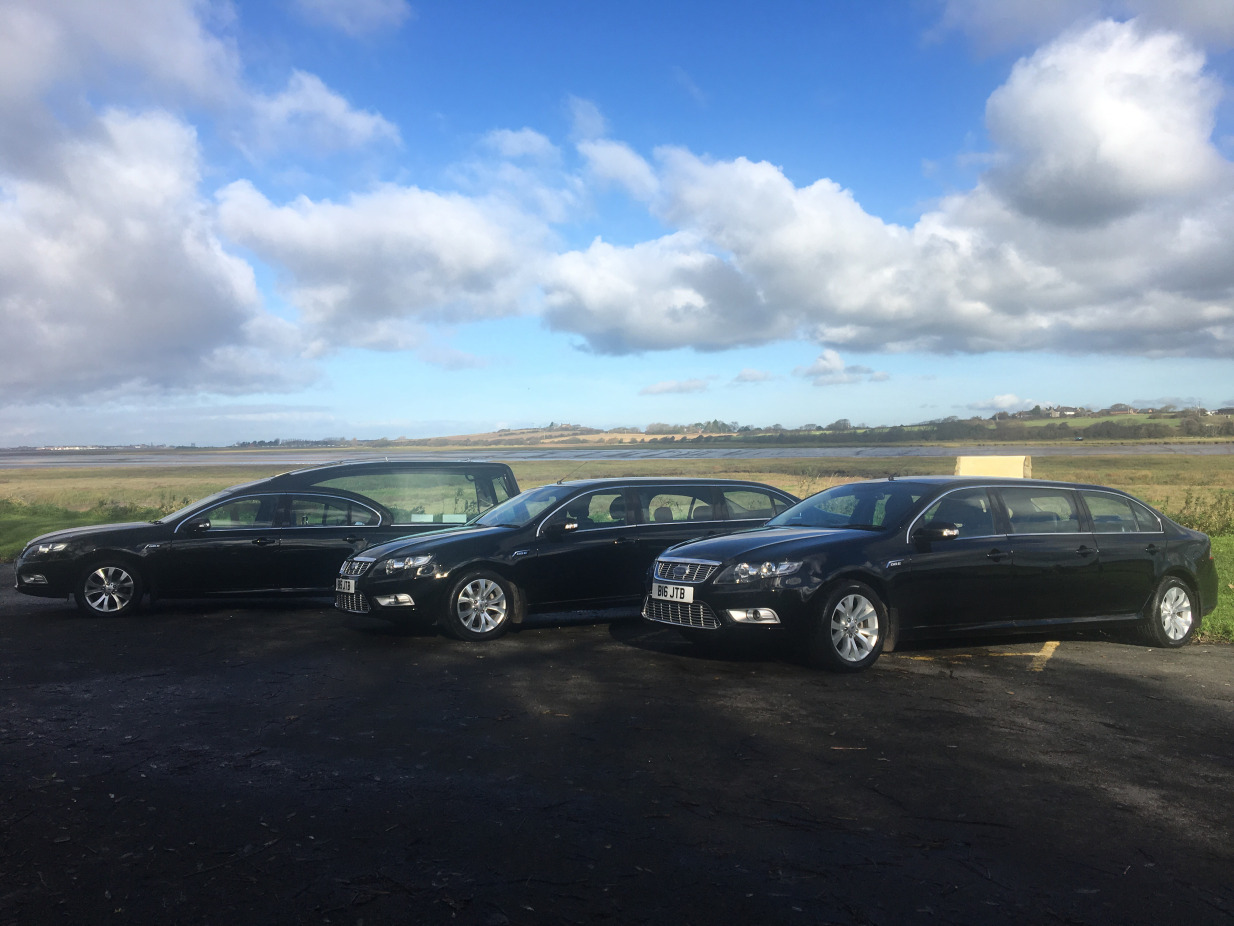 When Lancashire funeral directors J T Byrne decided to change their fleet vehicles, they knew they wanted something very special.

J T Byrne Funeral Directors is a small family firm, now run by John Byrne who represents the second generation. He explains how important each fleet change is to their funeral business.

“Any vehicle purchase is a big decision,” said John, “and we were looking for three cars at once (one hearse and two limousines). The purchase had to be right, and that would start with finding the right supplier.”

John initially went to suppliers he had used in the past, but they couldn’t help him find what he was looking for.

And then he had a chat with Superior UK’s Northern representative, Greg Platt.

“I’ll admit that I hadn’t thought of going to Superior UK,” said John. “Everyone knows them for the Binz and Pilato vehicles, and I didn’t think they dealt with used cars!”

Superior UK’s Greg Platt visited J T Byrne based on the Fylde Coast, covering Thornton – Cleveleys, Fleetwood and Bispham. He discussed John’s ideal used cars, before promising to keep his eye out for some top-quality, low-mileage vehicles in the right price range.

“We wanted something a bit different,” explained John, who had been running Ford Mk9 and Mk10 fleet vehicles. “Something newer, more modern, and fresh looking but still traditional.”

Over the next few months, Greg kept his word (and kept in touch), building a relationship with the team at J T Byrne as he sought out quality Ford Mk11 hearses and limousines.

“Before long, Greg came back to us with some beautiful Ford Mk11s,” said John. “We loved the look of them – a little bit different with sweeping lines instead of the traditional box shape. Nobody else in this area has anything like them.

“Greg had done an amazing job in finding these vehicles, they were in immaculate condition and had low mileage. And I was shocked at how competitive the price was!”

Superior UK arranged for John to visit their HQ in Berkshire so he could see the cars for himself. There, he met Kevin Smith and the rest of the Superior UK team, who showed him round the workshop.

“I really enjoyed my trip down to Superior UK,” said John. “I got to see some of those famous Binz vehicles in the workshop – they are out of this world!

“One thing that really struck me was the customer service. Even though I was only purchasing second hand Fords, not these incredible new fancy Mercedes Benz vehicles, I genuinely felt just as valued as any other customer.

“Kevin really goes the extra mile. He helped me source signage for the windows of our used Fords, and even fitted their new quick release locking mechanism for the decking for the coffin, just as an extra. He is a great guy and it’s clear that he is really passionate about the industry.”

When Greg Platt delivered the three Fords to J T Byrne, they were presented in style.

“The cars arrived on a professional transporter and were unloaded and presented to us with great care,” said John. “Superior UK had taken care of refurbishing the alloys, professional cleaning, and exterior compound polishing, Our cars looked stunning.”

Kevin Smith of Superior UK said it was the company’s first time dealing with J T Byrne. “It was an absolute pleasure to help John find three beautiful used cars that fit the bill,” he said. “All cars mean a great deal to the customer who will be using them, and we enjoy being part of such an important business decision. We enjoy sourcing and delivering used cars just as much as new cars.”

J T Byrne have now been running their Ford Mk11 hearse and limousine for several months.

“We have had an astounding amount of feedback about these cars,” said John. “People really do notice the smaller details. It gives us a lot of pride to be able to say that these cars are ours, we don’t hire them in. The front is very distinctive, and the glass roof and modern sweeping windows look great. Having such beautiful vehicles is the final piece of the puzzle. These cars support our professional, respectful image.

“I really value the relationship we have built up with Superior UK,” said John. “We were looked after so well, with great care and attention. Superior UK will be our first port of call moving forward.”