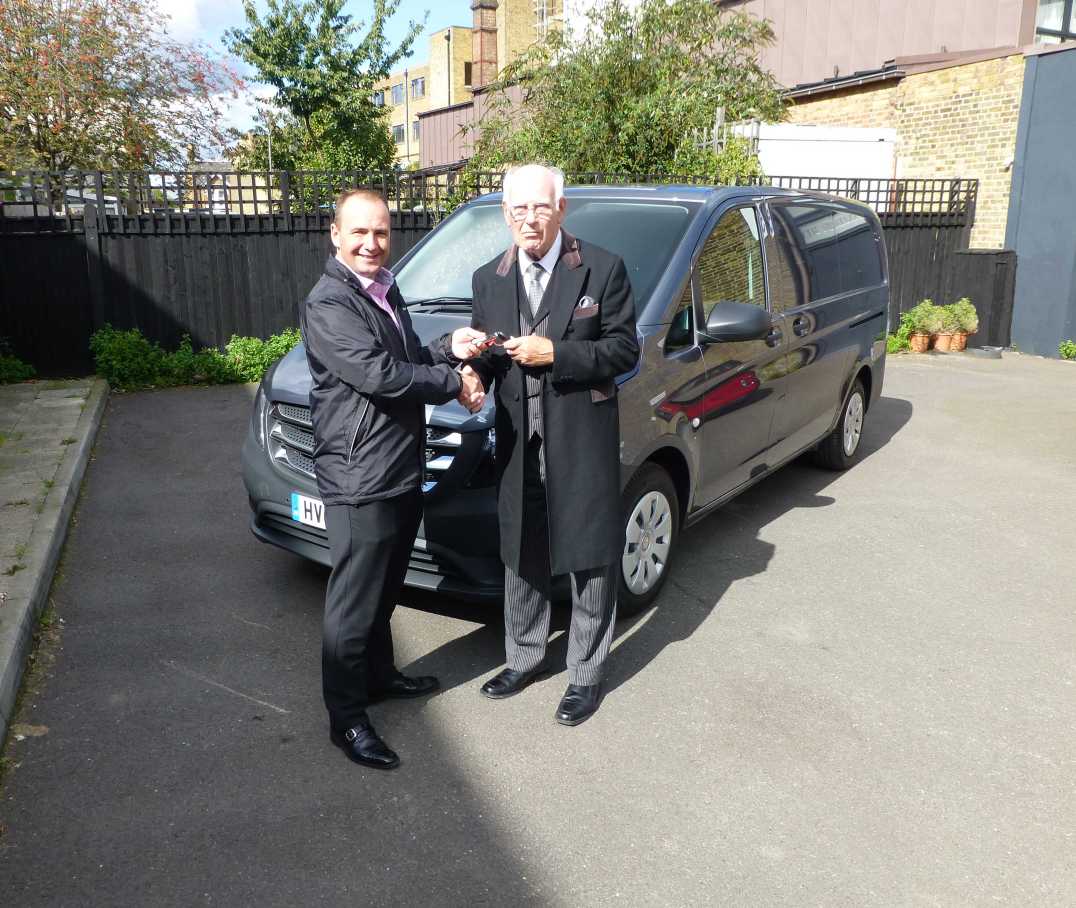 When Superior UK delivered a new Vito private ambulance to F Cobbett & Sons family funeral directors, it was news to Frank Cobbett. His son, Warwick Cobbett, tells us how he worked with Superior UK’s Kevin Smith to keep the new vehicle a complete surprise for his father.

“We have six branches in and around South London,” explains Warwick Cobbett, “so all our vehicles cover a lot of miles, with our private ambulances going all over the country. It was time to replace one of our existing removal vehicles. We have an older one with Binz decking in it, and that deck had actually outperformed a newer vehicle with a different deck system fitted. So I went to Superior UK to get a replacement Vito with their interior.”

Kevin Smith at Superior UK was happy to help Warwick Cobbett with a modified Vito that would meet the needs of a busy London funeral firm.

“F Cobbett & Sons’s vehicles cover a lot of ground, including airport runs,” he said. “The new Vito had to be carefully customised to fit their needs, including a reliable deck that could keep up with the workload for many years to come.”

Superior UK and Warwick worked together to finalise the specs, which included non-standard amendments and that famous Rise&Fall Superior decking.

Kevin at Superior UK explained the changes they made to the standard Vito. “We modified the upper deck to accommodate a flight tray, and modified the lower deck to allow a wheeled lattice bier, latex glove storage box and disposal pocket to be fitted,” he said. “The results was a flight tray on both the upper or lower decks. The vehicle itself had a lovely specification, with the uprated 116 (163hp) engine, plus 7-Speed automatic transmission, air-conditioning, parking sensors and satellite navigation. 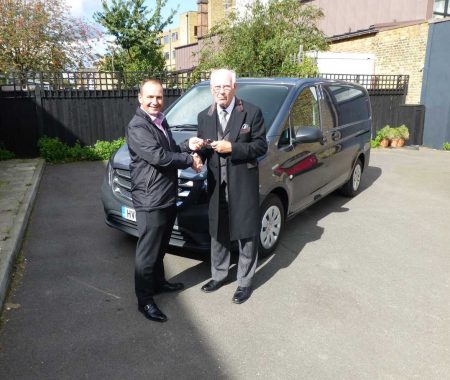 On the day of delivery, Frank Cobbett (Warwick’s father) had no idea that he was receiving a new private ambulance, let alone one kitted out with a top range Superior decking, new interior details, and a smart exterior finish. Kevin Smith was there on behalf of Superior UK to personally hand the vehicle over.

“Warwick had done a great job in keeping the new vehicle order under wraps,” he said. “Together we presented the new Vito removal vehicle to his father Frank, who was delighted with the latest addition to their funeral fleet.”

F Cobbett & Sons – who operate under Evershed Brothers, incorporating John Knox & Stanley Clare, now have a fleet of two hearses, two limousines, and two private ambulances. This busy London firm has been operating since 1924 and Warwick is third generation of the Cobbett family. As the business expands and grows, Superior UK look forward to supporting the family with reliable, top quality vehicles.

“ This is the first vehicle we have supplied to Warwick,” said Kevin Smith at Superior UK, “and it’s been a real pleasure.”