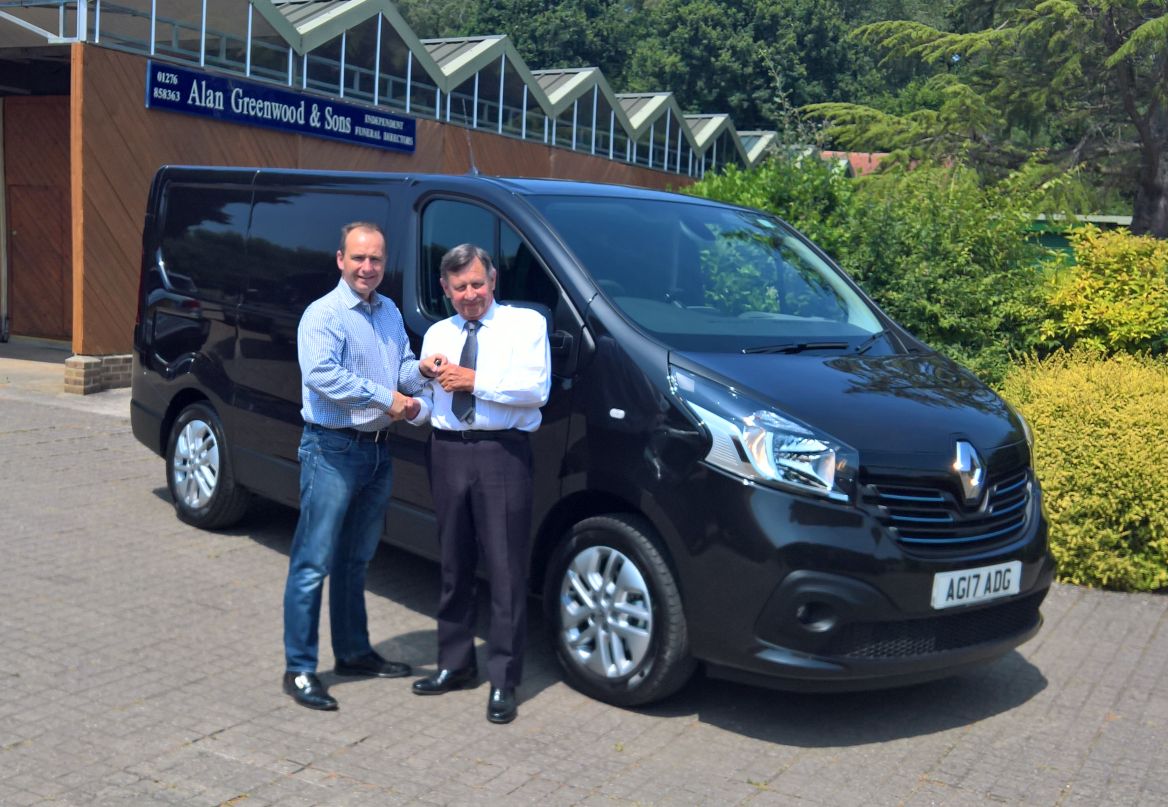 Surrey funeral director Alan Greenwood and family serve a large area of the South East, with 26 branches including chapels of rest and masonry. Their fleet of funeral vehicles has to be hard-working and reliable.

Alan already runs two Renault Trafic removal vehicles, the first of which has covered more than 170,000 fault-free miles in its five years of service. When the family decided to add a third removal vehicle to the fleet, they turned to Superior UK.

“Superior UK has built and supplied our existing two removal vehicles,” explained Alan, “so we knew they would do a great job on our third. Our vehicles work hard and cover a large area. We have been hugely impressed by the reliability of vehicles from Superior.”

The Renault Trafic is a great choice of removal vehicle. It looks smart and comes with a high level of equipment but at an affordable price. For Alan Greenwood, it ticks all the boxes: sat-nav, air-conditioning, colour coded bumpers, and metallic paint. Superior UK helped design the finish and interior which would suit Alan Greenwood’s needs perfectly, including the fitting of the Superior UK Rise & Fall decking system.

“Working with Superior UK is always easy and stress-free,” said Alan. “They make sourcing and buying vehicles very straightforward. All it took was a quick call to Kevin Smith to talk through my specification. He took care of everything else, which enabled me to concentrate on my business.”

“We delivered Alan’s Trafic to his head office ready to work,” said Kevin Smith of Superior UK. “We had already sorted out the registration and paperwork, valeted the vehicle, and filled it with fuel. It was out on the road later that day!”