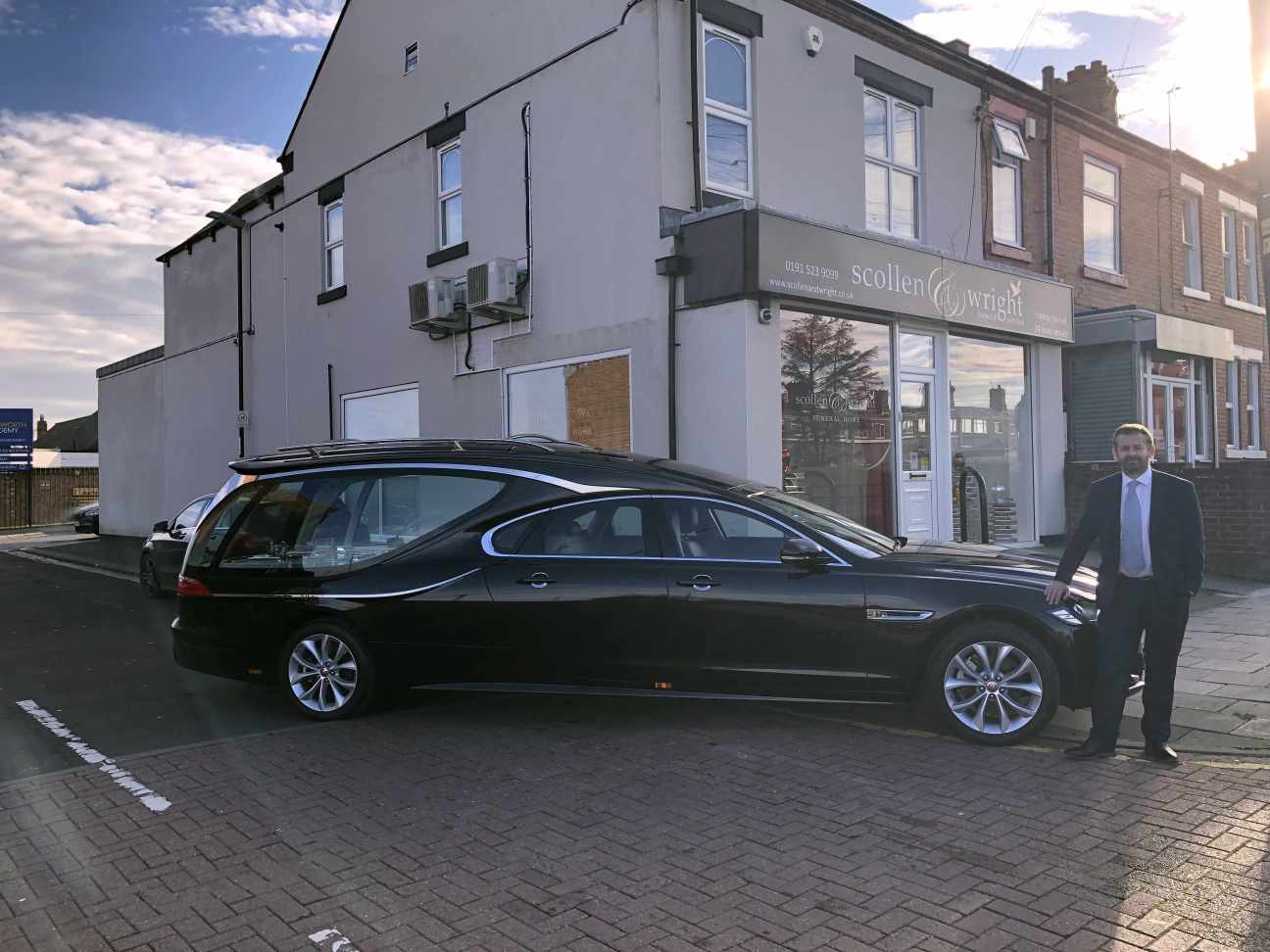 Scollen & Wright is an independent, family owned funeral director with six funeral homes serving a large area around Sunderland and Middlesbrough. With a well-respected standing in the industry, they need a fleet to suit their brand. Nigel Marston, General Manager, explains why he chose a Pilato Jaguar XF GrandAurora hearse.

“We recently bought two new Cadillacs, so any new hearse needed to match them for prestige and wow-factor,” explains Nigel. “An ordinary hearse wouldn’t do. As soon as I saw the GrandAurora, I knew it would be right for our fleet.”

Scollen & Wright had an existing 2004 Jaguar XJ hearse, and whilst Nigel liked the Jaguar design and build, the vehicle was looking out of place next to the newer limousines.

Superior UK Automotive UK are Pilato’s approved partner and were pleased to show Nigel the stunning Pilato Jaguar XF GrandAurora. Nigel’s brief was a “modern and dynamic” hearse, and the vehicle met his requirements – and much more.

“I was drawn to the way the GrandAurora looks,” he says. “We work closely with the local community, including schools and community groups, and support lots of community initiatives. Members of our staff have written for trade publications, and we have won awards for customer service. We take great pride in the reputation we have built, and our vehicles need to be part of that.

“The GrandAurora really helps us reinforce the quality and standard of our service.” 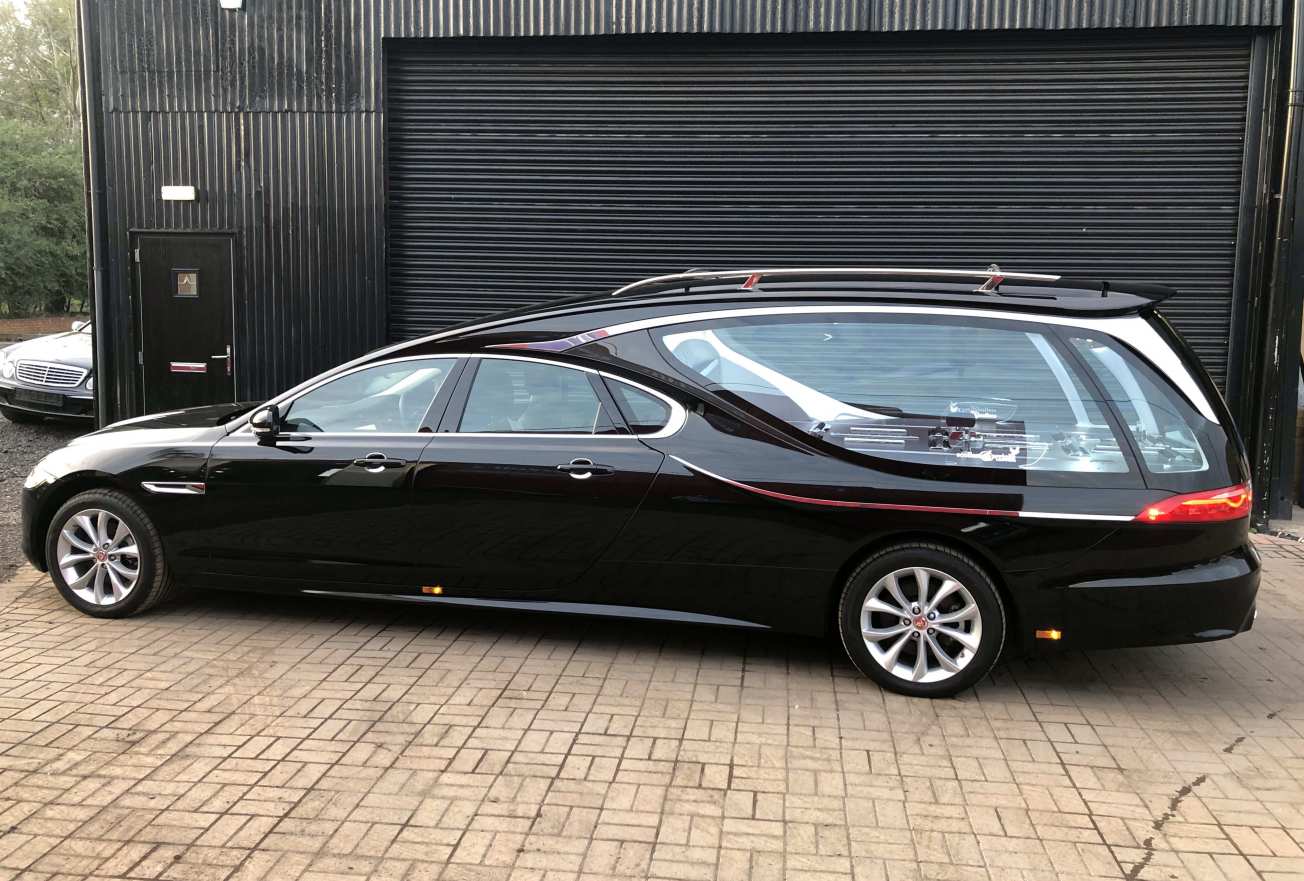 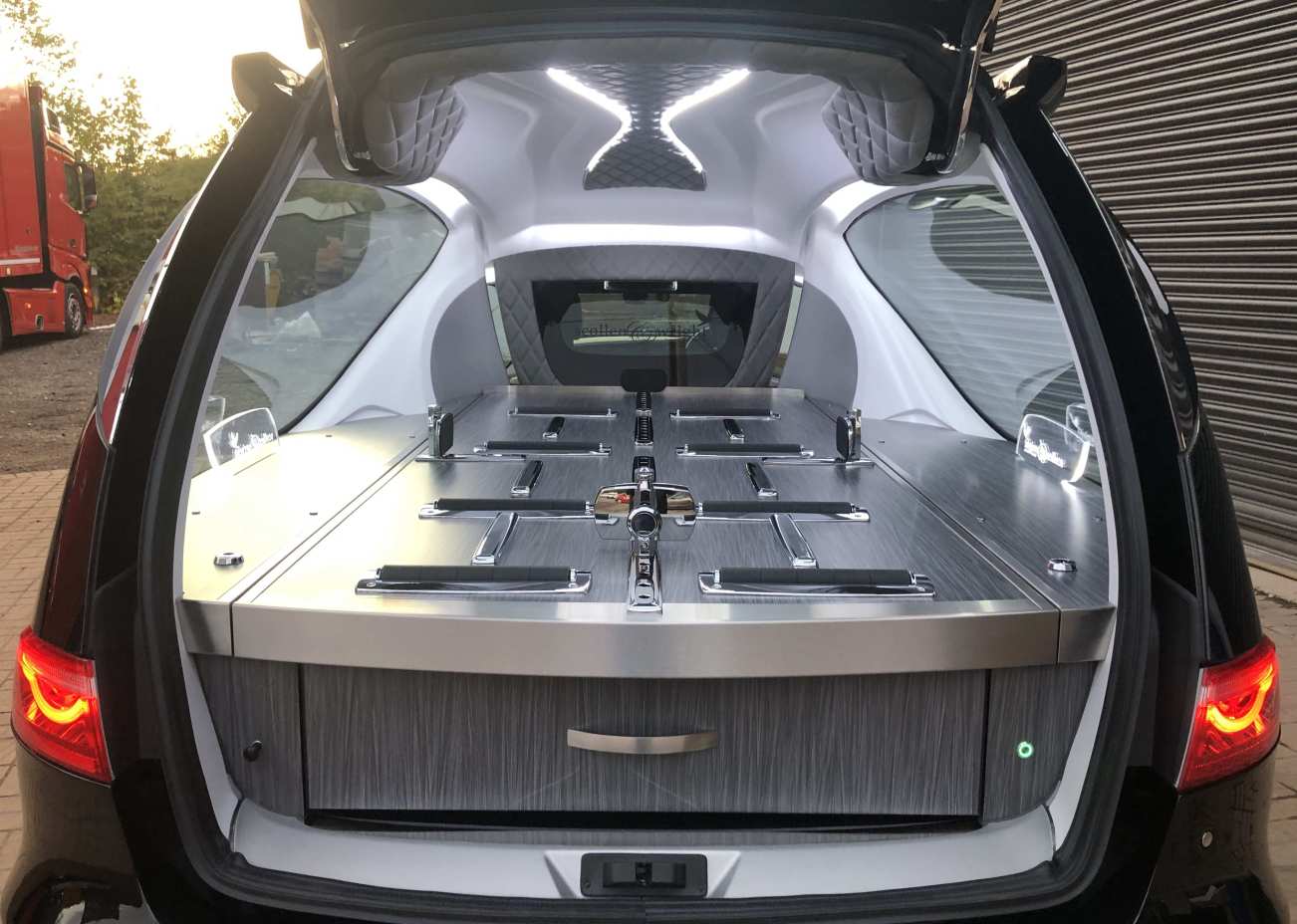 Scollen & Wright took delivery of the GrandAurora in October 2019 and the vehicle was almost immediately out on the road.

“The families are always very happy with it,” says Nigel. “With the GrandAurora, we have the best fleet in the area. It is a stunning vehicle that really fits in well with our image.”

Kevin Smith of Superior UK Automotive was proud to supply Nigel and his team with the amazing vehicle.

“It has been a real pleasure working with such a forward-thinking company,” he says. “Nigel looked into every detail and was very hands-on with the process. Scollen & Wright is a very modern business, and it is only fitting that they have a hearse that reflects their values. The Pilato GrandAurora ticks all the boxes.”